On 13.11.2020 Sofia Development Association held an organized city walk in the framework of AGORA project, which aims at faster and better regeneration of the urban environment. During the walk, a pre-identified location was presented - the "Toplocentralata" project for renovation of the heating plant which is a good example for reintegration of underused urban assets.

All stakeholders who took part in the walk got acquainted with the plan for reconstruction of the building of the former Heating plant of the National Palace of Culture and its transformation into a center for art and culture.The aim of the "Toplocentralata" project, which is being implemented thanks to the Sofia Municipality, is to create a place for independent artists to perform in Bulgaria and to prove that abandoned industrial spaces in the urban environment have the potential for new life.

Sofia is working on Thematic Cluster 3 of the AGORA project: Evaluation and analysis of unused public spaces, open and closed, as centers for social, educational and / or cultural services. In this regard, SDA presents the "Toplocentralata" as a pilot project for urban development. The walk helped to clarify the functions of the site, to identify potential users and audiences, to give ideas for smooth and effective integration of the space in the surrounding park and to generate ideas for programming and promotion of the future cultural center.

The walk was conducted in accordance with anti-epidemic measures and it was filmed. The footage from it will be used for the production of a video, which will be distributed in the information channels of the project. 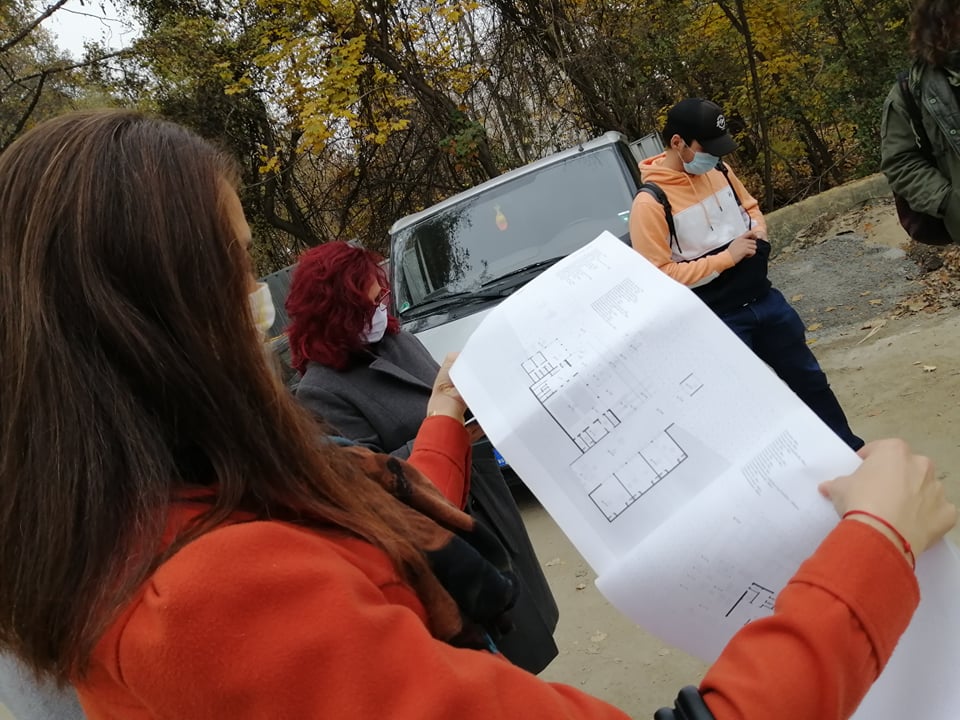 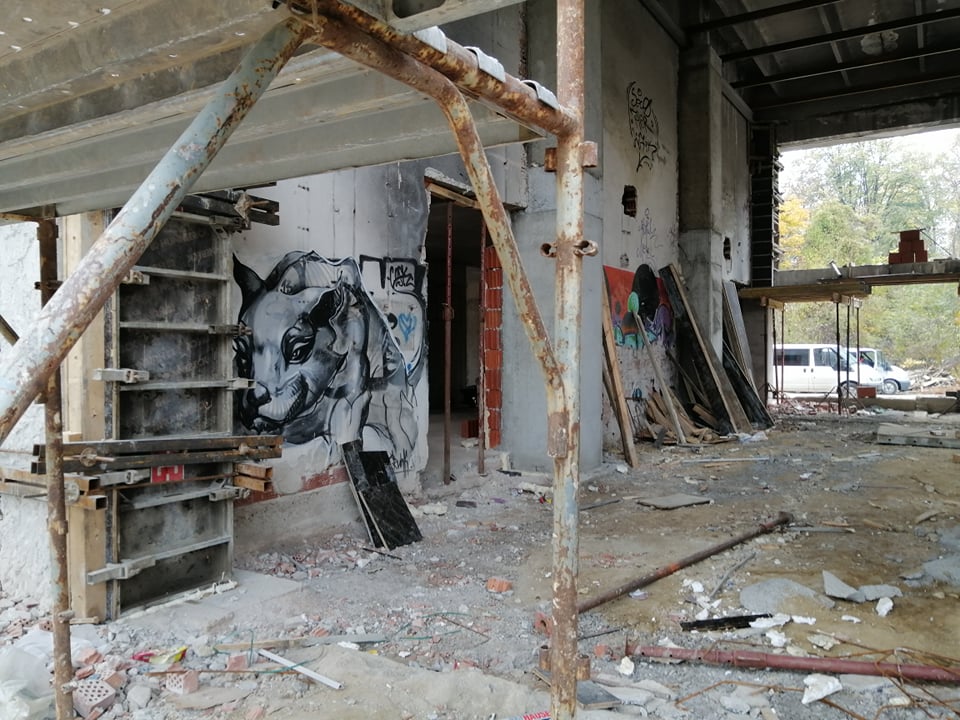 Together we can limit the spread of COVID-19!

The new mobile app #COAPS gathers real-time data from active #publictransport users & helps you avoid crowds and practice social distancing. Do you want to help us stop the spread? #Together4Safety. The pilot testing starts Monday, Nov. 16. Find out how to get involved by visiting the website of Sofia Development Association, www.sofia-da.eu, and the website of the Urban Mobility Centre -https://www.sofiatraffic.bg/en/common.

The most active participants will get a 100-leva voucher! 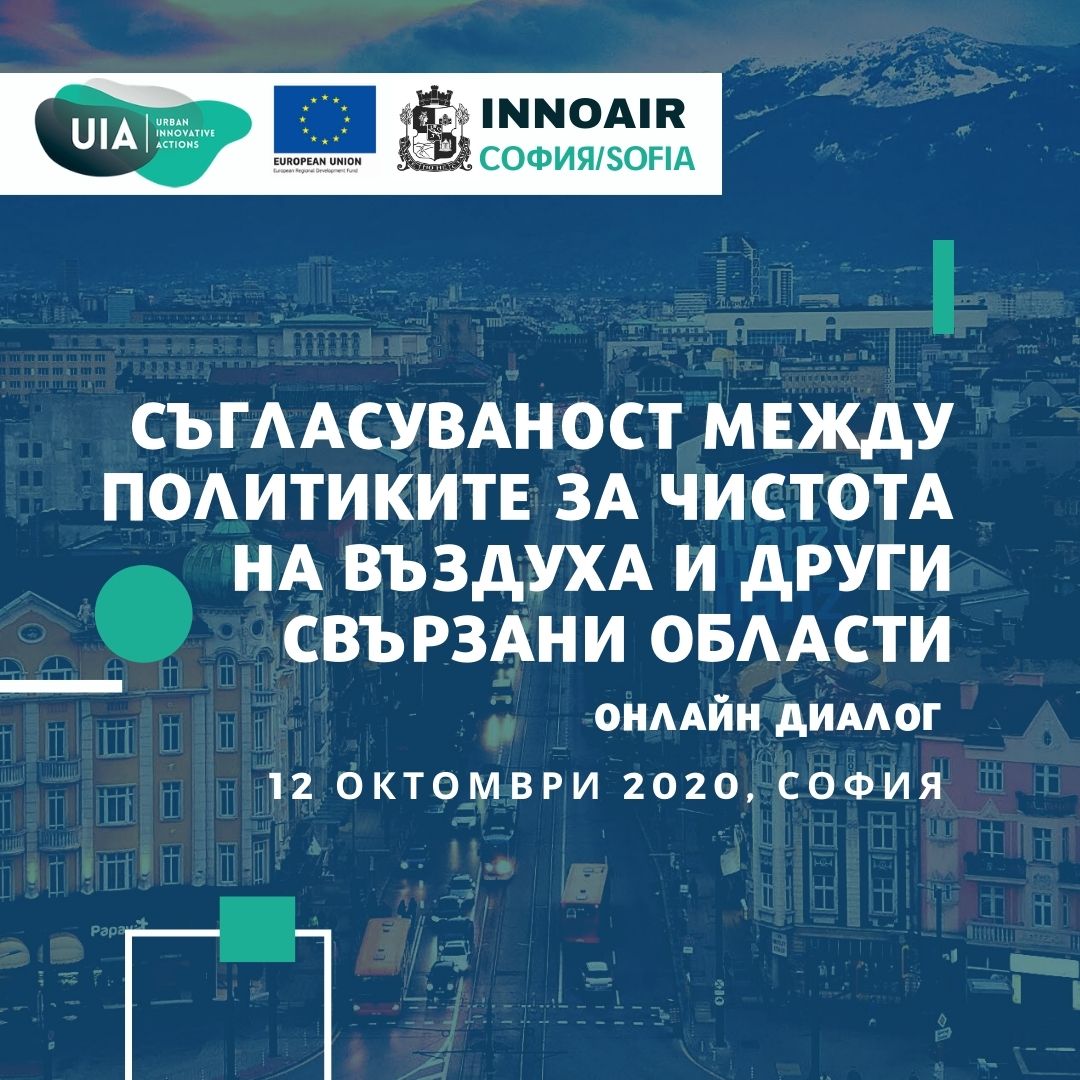 Air pollution in Sofia has long been a problem and despite recent positive developments, the city is still struggling to overcome this complex challenge. Air quality measures are interrelated and finding out how they affect each other will help optimize them faster.

In this regard, Sofia Municipality and its partners Sofia Development Association, Sofia University "St. Kliment Ohridski ", Plovdiv University "Paisii Hilendarski", National Institute of Meteorology and Hydrology, National Association of Municipalities in Bulgaria and Modeshift Europe EAD are organizing a public dialogue to discuss the interdependencies in the field of air quality. The aim of the dialogue is to improve coherence between policies.

The event will take place online on November 12, 2020 from 16:00 to 18:00 and requires prior REGISTRATION. Participants will have the opportunity to hear the expert opinion of representatives of the NGO sector and research institutes on topics related to air quality, have a look at the attitudes of citizens and present their opinions and ideas. The event will end with a moderated discussion which every participant can join. You can get the full agenda of the event HERE.

The event is part of the INNOAIR project - "Innovative Demand Responsive Green Public Transportation for Cleaner Air in Urban Environment”, co-financed by the European Regional Development Fund through the Initiative "Urban Innovative Actions".

More information, simplified administrative procedures for hiring TCNs, improving the capacity of the public institutions to work with TCNs, and adapting to the new labor market conditions: these are the main conclusions of the discussions in the third, final training for employers held within the project UMN and Cities Together for Integration, on November 4, 2020.

The presentations focused on the needs of employers in the country, the main sectors which offer jobs to TCNs, the procedures for hiring mirgants, the difficulties that migrants themselves encounter in finding a job. Speakers included representatives of the BCCI, CITUB, a local organization of foreigners in Sofia, Open Sofia, as well as the NGO MultiCulti. Very interesting results from surveys conducted among employers in 2019 and 2020 were presented, which show the changes in the labor market and the effect of the coronavirus pandemic on employment in the country.

The main ideas and results of the trainings will be used in planning the subsequent project activities - information and advocacy campaigns aimed at increasing the role of local authorities and their cooperation with social partners in the process of integrating TCNs in the labor market in the country. 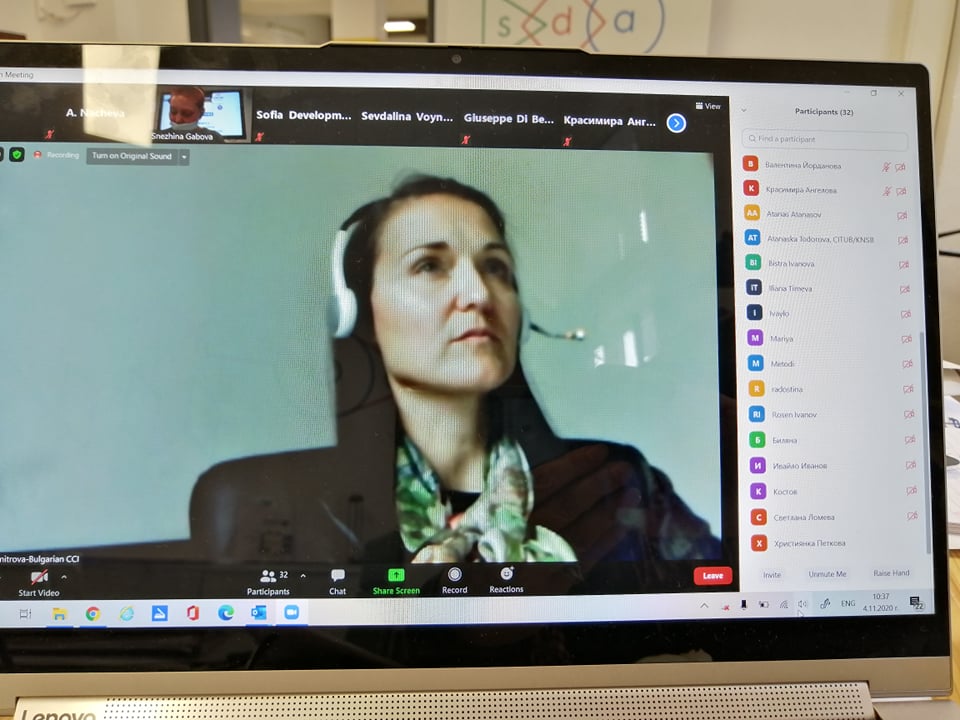 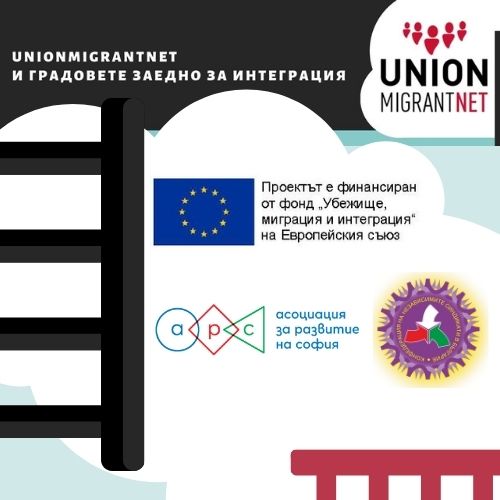 How Can Employers Successfully Recruit Refugees and Third-country Nationals?

These issues were the focus of the second training within the project UMN and Cities Together for Integration, held on 27 October 2020. The project is coordinated by the European Trade Union Confederation, co-funded by the Directorate-General for Migration and Internal Affairs. The lecturers in the training were Iva Partzaleva, UNHCR, who presented a comprehensive overview of the regulatory framework and the conditions for professional development of persons who have received international protection in Bulgaria. Stefany Kostova from Catro-Bulgaria spoke about the specifics in communicating with refugees in the hiring process and provided a number of practical tips for employers and organizations who would like to enrich their teams with new people, from new cultures and with diverse skills. Many questions related to the recruitment procedures, the organization of thematic courses in Bulgarian, etc., were discussed by the participants in the training.

The third and last training will take place on November 4, 2020, and it will be held online. For registration, please click here:
https://docs.google.com/forms/d/1kQL0PmywqnzmlW2fiMzNiD_KeyAvwMff1Rs1sFtjUOU/viewform?edit_requested=true

Sofia Development Association organized on 20 October 2020 the first meeting of the coalition of local stakeholders working for the integration of third-country nationals in the labor market. The event is part of the activities of the project UnionMigrantNet and Cities Together for Integration, led by the European Trade Union Confederation, co-funded by the Asylum, Migration and Integration Fund of the European Union.

Over 25 organizations – employers, local government, NGOs, joined the coalition, committing to the coalition’s principles and goals to improve the conditions for equal access to the labor market of third-country nationals. The initiative will support the joint efforts of the many local organizations, working in this field in Sofia, and the possibilities for cooperation and collaboration in the future. 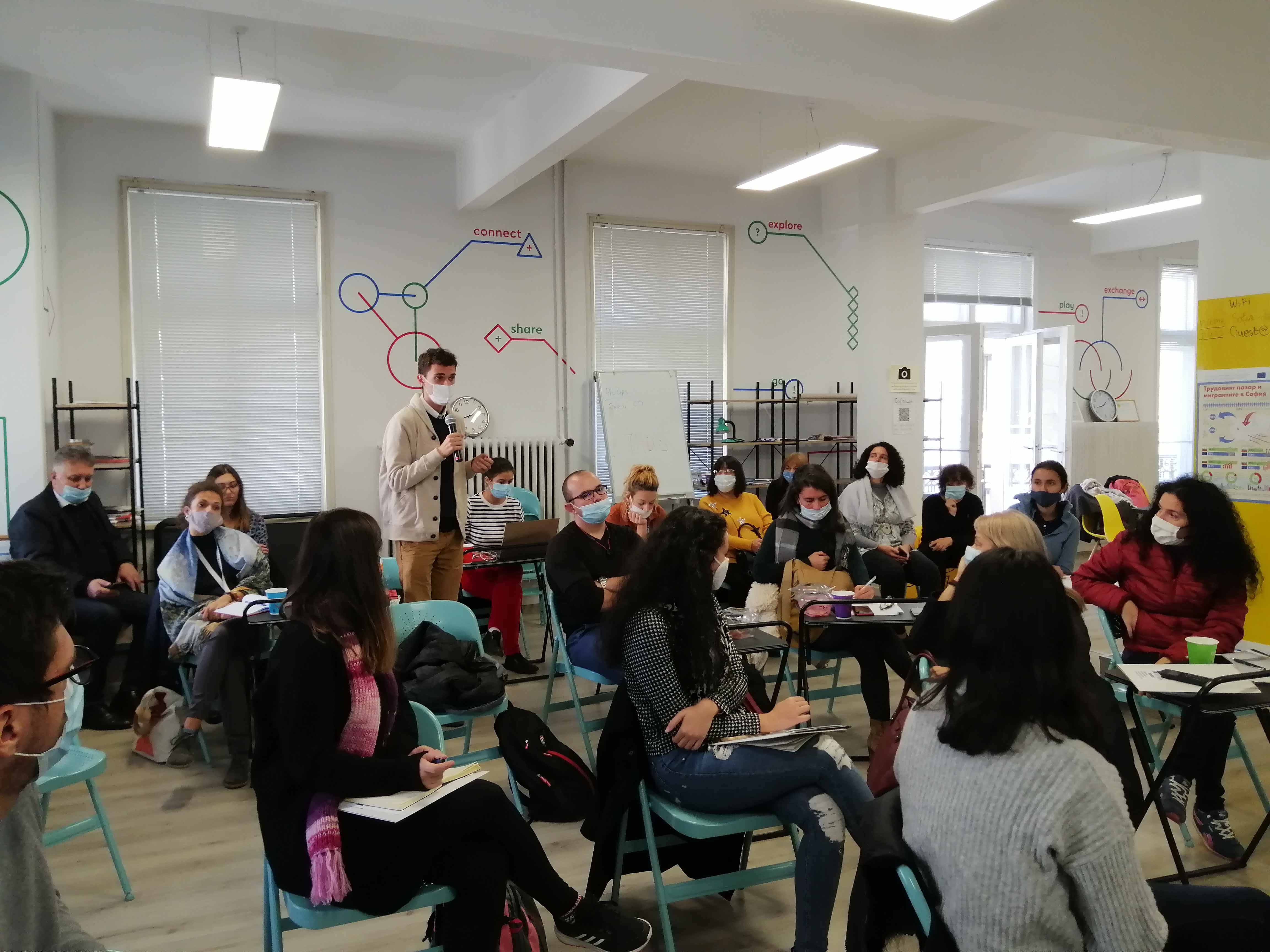