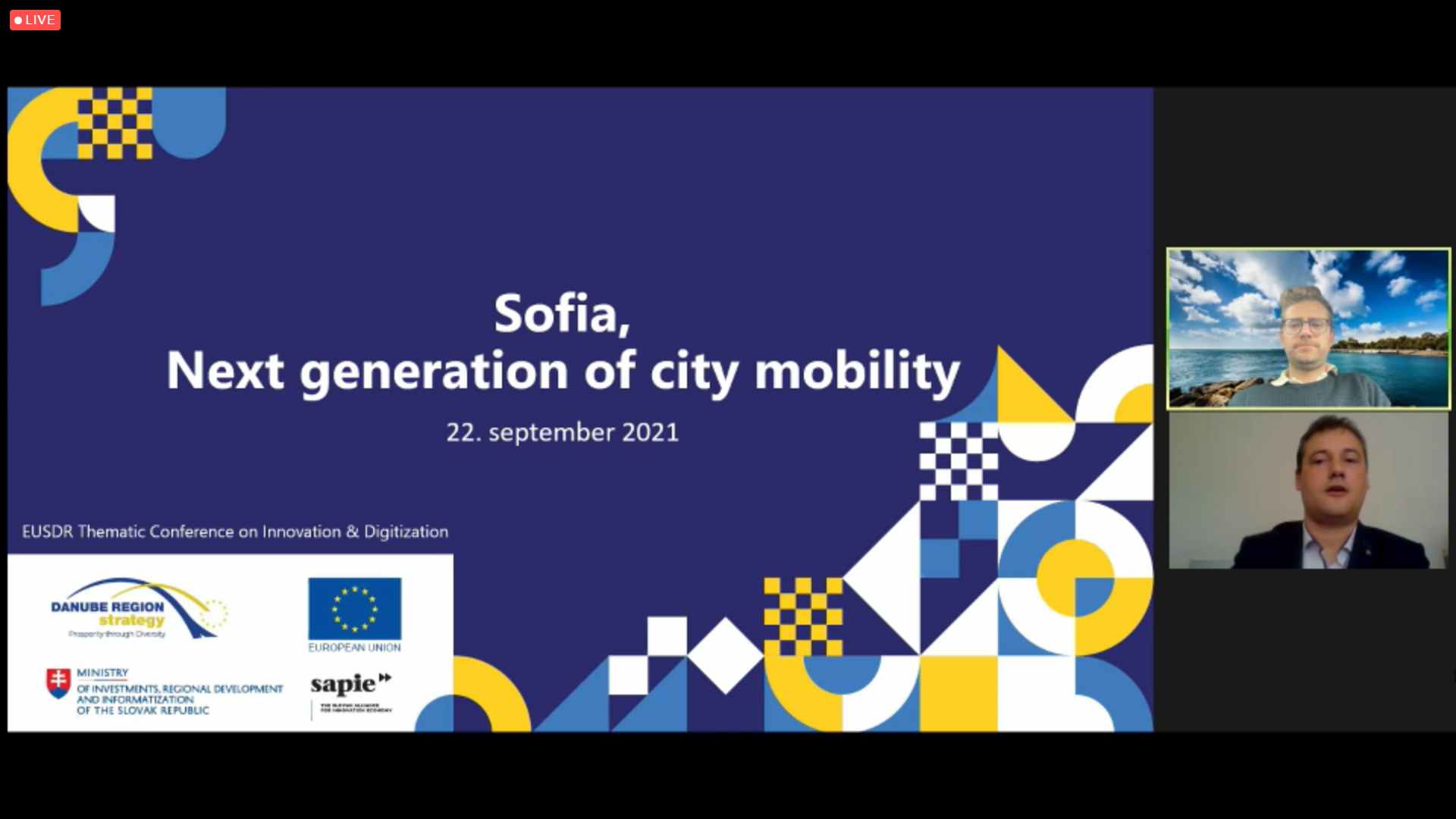 What do INNOAIR and the EU Strategy for the Danube Region (EUSDR) have in common?

The EU strategy for the Danube region consists of 12 priority areas, one of which is mobility, but among them are also capacity building, knowledge and more. However, innovation and digitization are defined as an integral part of the development of all areas. The experience of the innovative INNOAIR project shows that improving mobility would not be possible without the use of digital data, but also that other important factors should not be overlooked. Like, for example, the positive public attitude, which is achieved through good information, as well as the involvement of a wide range of stakeholders.

A conference on "Innovation and Digitization" was held on 22 September, organized by the Slovak EUSDR, which brought together over 170 experts from the public and private sectors. Prof. Stanimir Kabaivanov from the Plovdiv University presented the INNOAIR project as an example of a project that turns Sofia into a smart city. He focused not only on the innovation and high-tech work with huge data sets and artificial intelligence, but also on the lessons learned so far from the overall work.

During the discussion, experts confirmed that they would take into account Sofia's recommendations for greater flexibility in measuring the innovation index presented in the European Innovation Scoreboard. They also said that they were aware of the need for an increasingly in-depth exchange of knowledge and experience, especially negative ones, in order to avoid repeating mistakes already made. The holistic approach used by the INNOAIR team was identified as key to achieving a sustainable ecosystem.

You can learn more about the event HERE. A detailed program of the conference can be viewed HERE. The presentation presented by the INNOAIR project is available HERE. 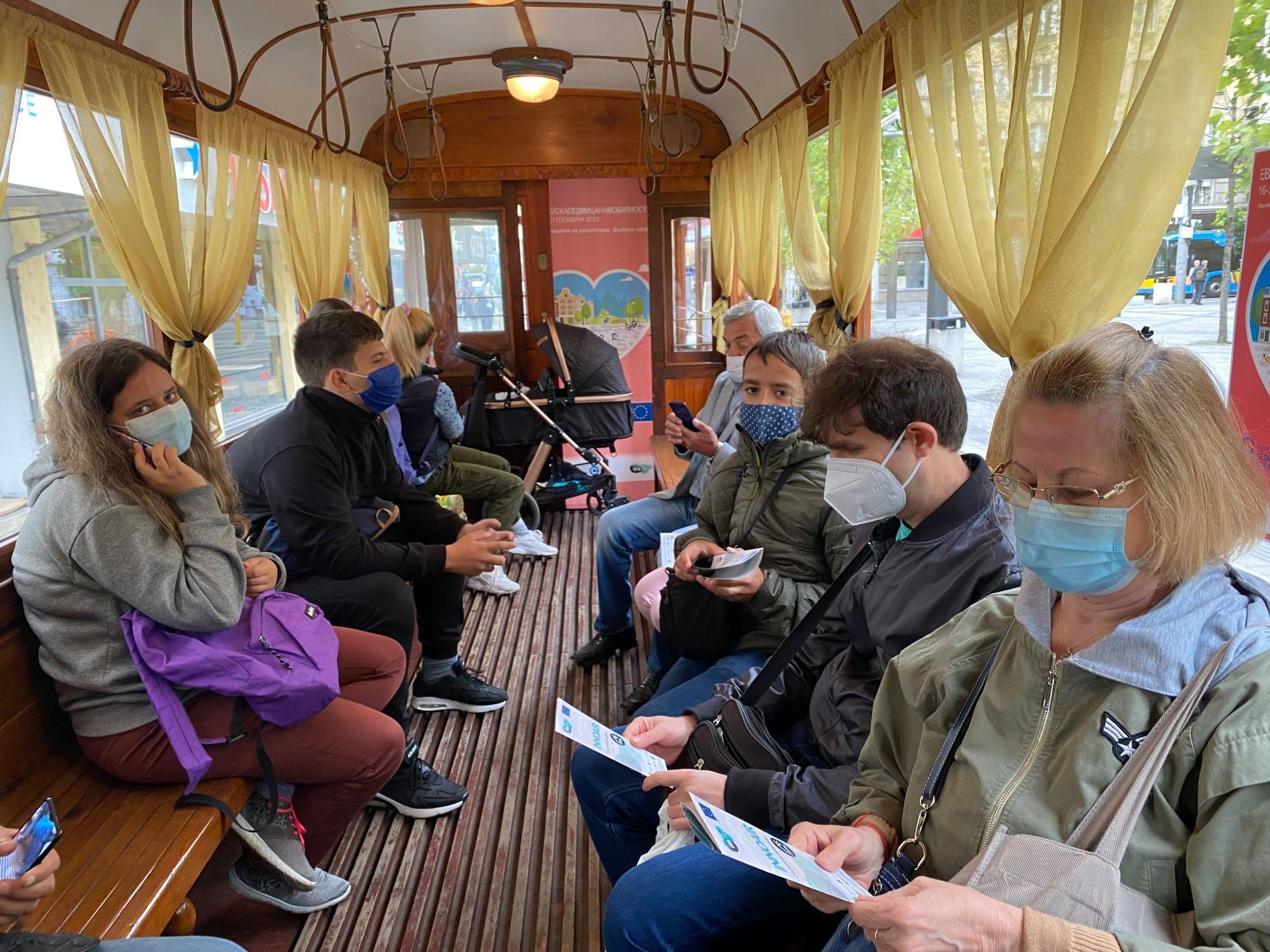 "Safe and Healthy with Sustainable Mobility" - the motto of the European Mobility Week, which has been the driver behind many activities under the INNOAIR project since the very beginning of it.

The citizens of Sofia showed great interest in the events that took place as part of the European Mobility Week, and during them also towards the INNOAIR project.

At the beginning of the mobility week, on September 16, a new campaign with a cause started in the capital - "1 car less". The campaign actively promotes the use of public transport, pedestrian and bicycle transport, scooters, and other alternatives to the car. It is held on social networks and is the publication of selfies with the text #team1carless on the day when the publisher does not use a car. Everyone involved in the campaign challenges two more of their friends to do the same. The campaign was launched by the INNOAIR project manager - Kristian Krastev and is successfully attracting more and more celebrities to the green cause.

On the day of Sofia, September 17, INNOAIR took part in an interactive training for road safety, organized jointly with the Pancharevo District, Sofia Municipality and the Council for Child Traffic Safety in Sofia. The kids learned that cycling is good not only for them but also for the environment and that they should not lose their incentive to keep riding when they grow up. And their parents got acquainted with the forthcoming introduction of green public transport, the route of which will be determined by consumer demand, as well as with the system for "loyal green citizens". It will be a mobile application for measuring the distance traveled by pedestrians and cyclists. The most active users will receive appropriate incentives, and the most used bicycle and pedestrian routes will have priority in the investment program of Sofia Municipality.

September 21 was an open doors day at “Stolichen Avtotransport” EAD, where citizens had the opportunity to view an exhibition of vehicles. In addition, on the same day, after pre-registration, those interested also visited the training simulator for engine drivers at the “Zemlyane” depot. Both events gave the opportunity to transport lovers to “peek in the kitchen" of “Stolichen Avtotransport”.

On the last day of the European Mobility Week, September 22, a bike event “Bike Hike” was traditionally held, organized jointly with the Embassy of Denmark in Bulgaria. Before leaving on the designated route, all those present learned more about INNOAIR and the upcoming introduction of the Green Corridors in Sofia. Green corridors will allow citizens to find how to reach a certain point in the center of the city with the least impact on air quality and in the most environmentally friendly way, using green transport. At the same time, a retro tram was running through Sofia, which is an attraction for Sofia’s citizens. While driving in a vehicle from the last century, passengers learned more about the future of public transport in Sofia in the face of green public transport on demand, which INNOAIR will introduce in the capital by the end of 2023.

The European Mobility Week in Sofia is organized by INNOAIR project partners - Sofia Municipality and Sofia Urban Mobility Centre and with the support of 12 other institutions and private companies. You may see the full program HERE. 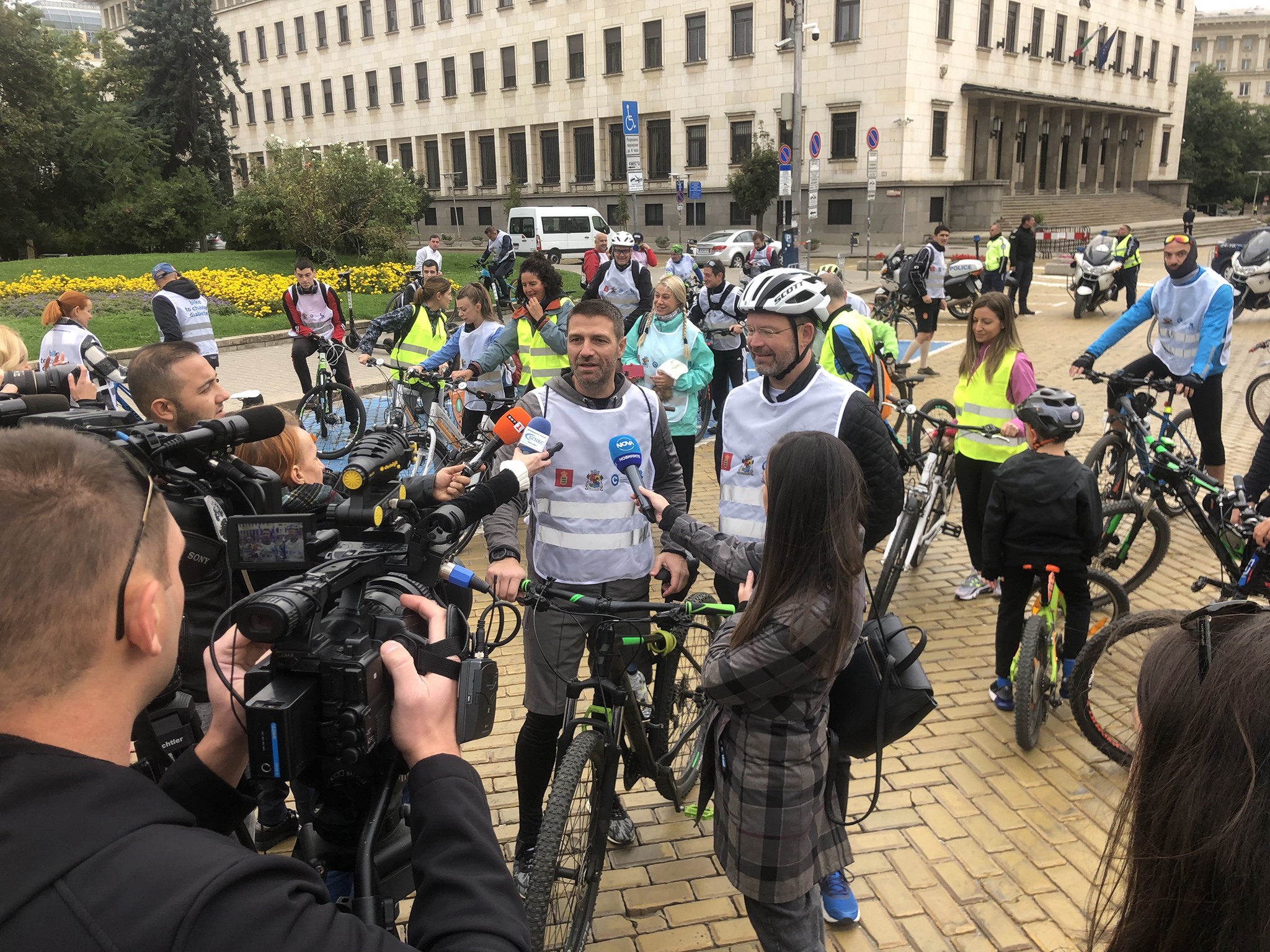 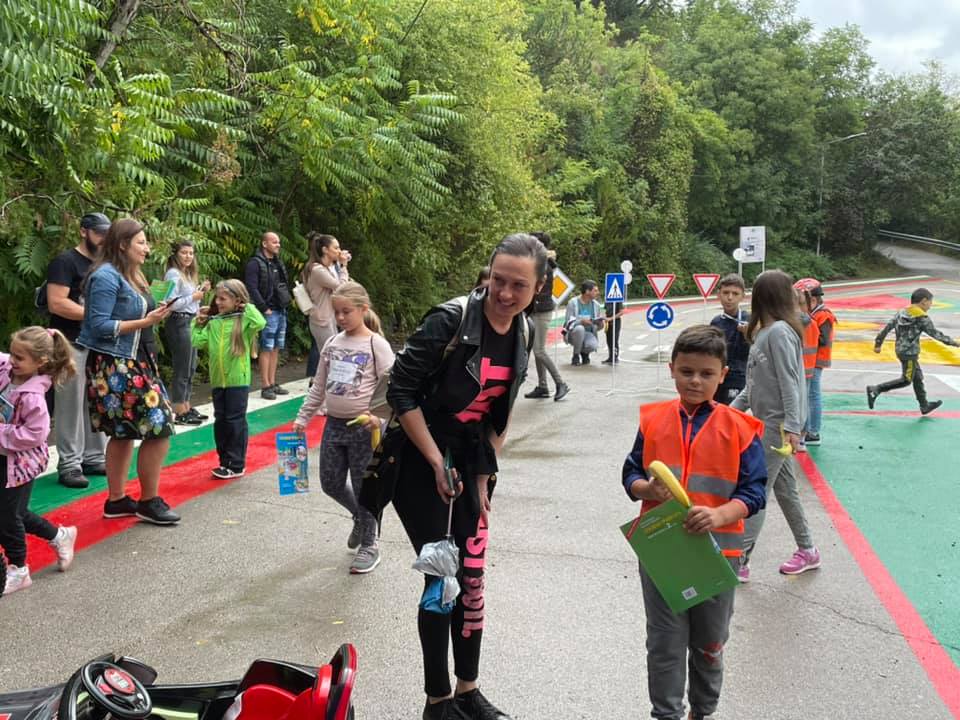 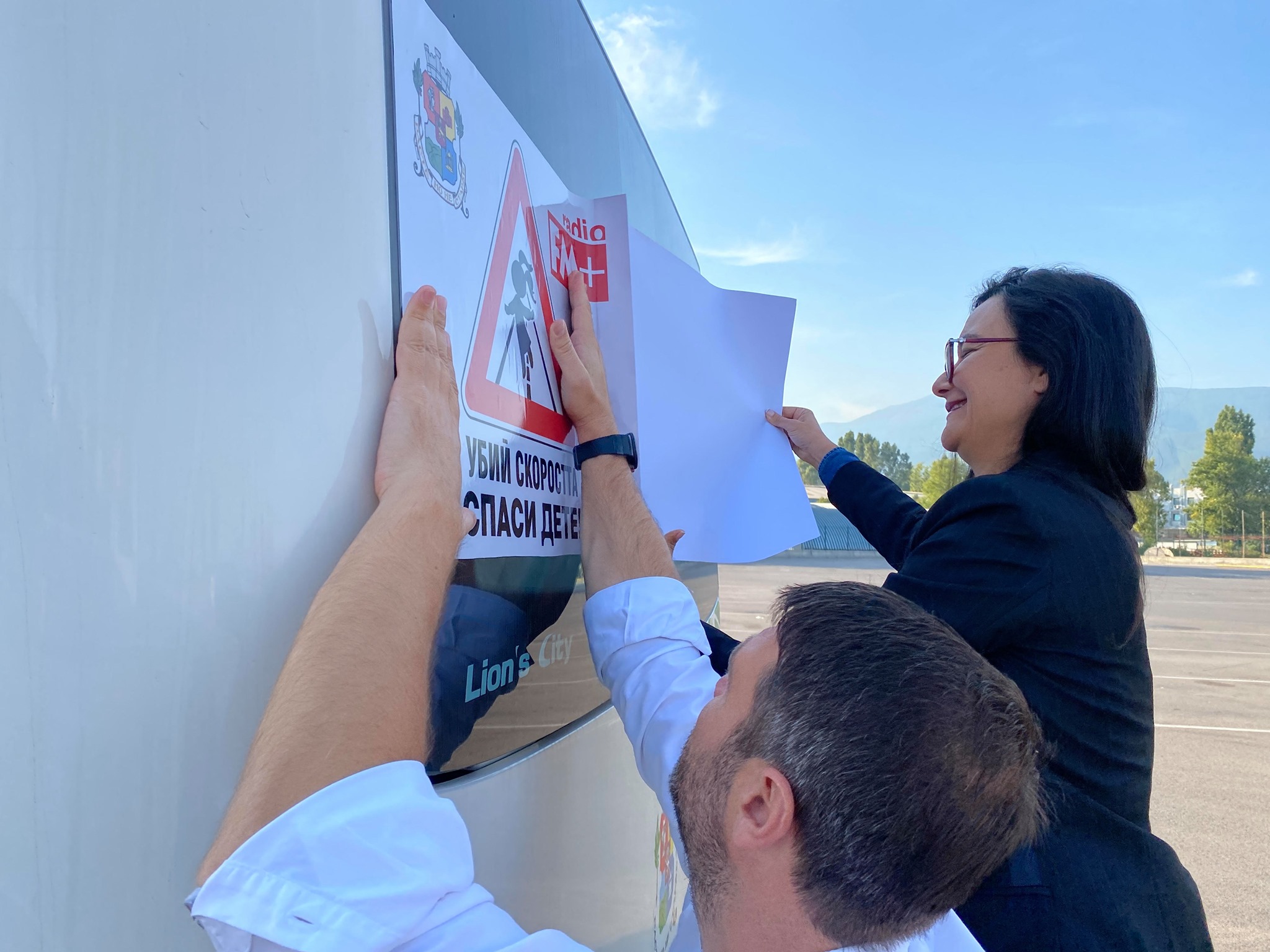 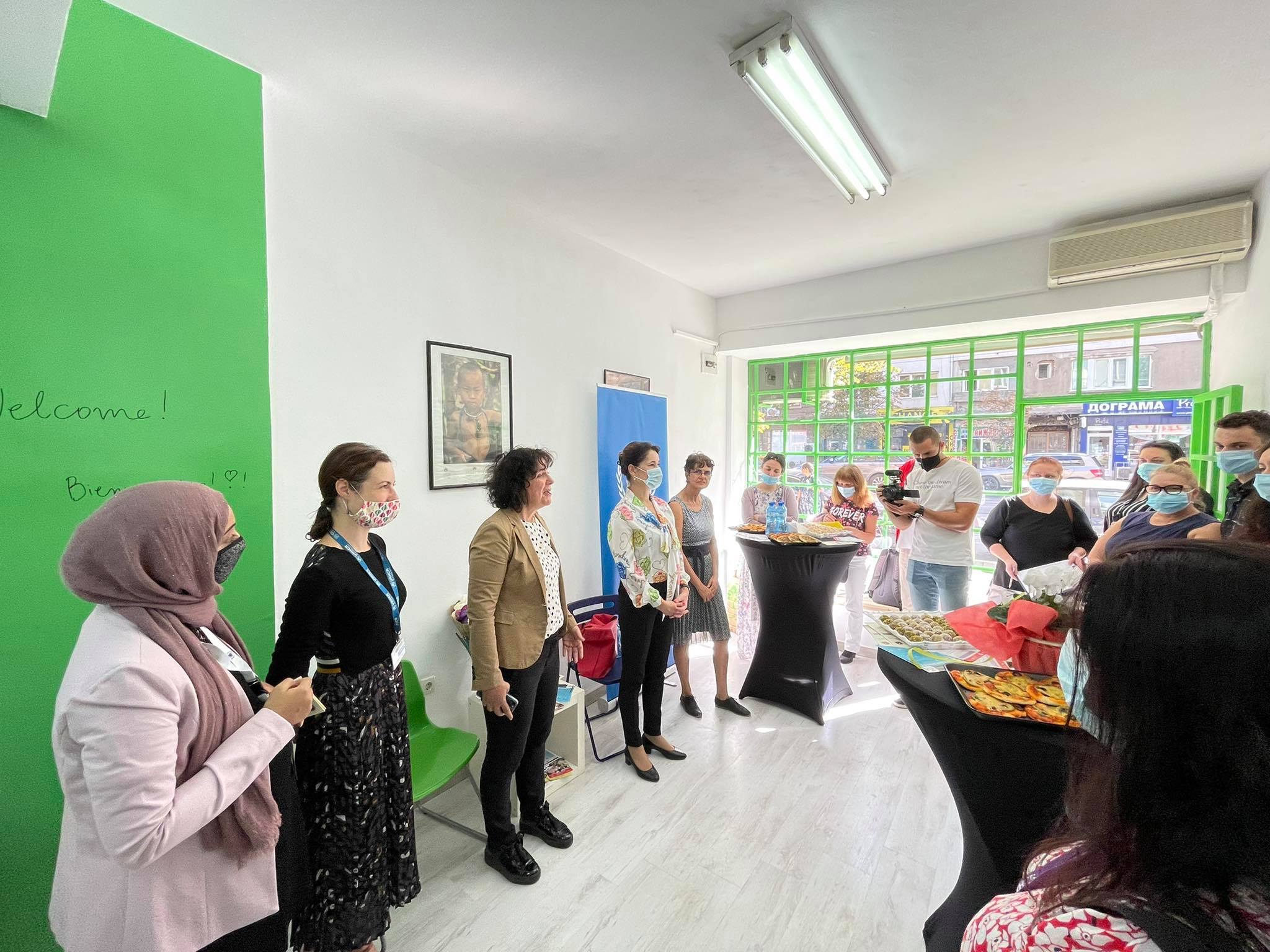 On the day of Sofia – September 17th, the first in Bulgaria joint Bureau for Information and Services for third country nationals opened its doors for clients and friends. The Bureau is designed to be a vital entry point for foreigners and migrants looking to access accurate information on specialized services and referrals to service providers in heath, legal and protection matters.

Sofia Municipality, Sofia Development Association, the Bulgarian Red Cross, Vazrazhdane Markets, with the support of UNHCR and over 13 NGOs have joined efforts, resources and expertise to provide better integrated services for foreigners.

The Bureau is located at 111 Hristo Botev blvd. It offers services in several languages and it is established in the framework of #CONNECTION project and funded by a European grant. 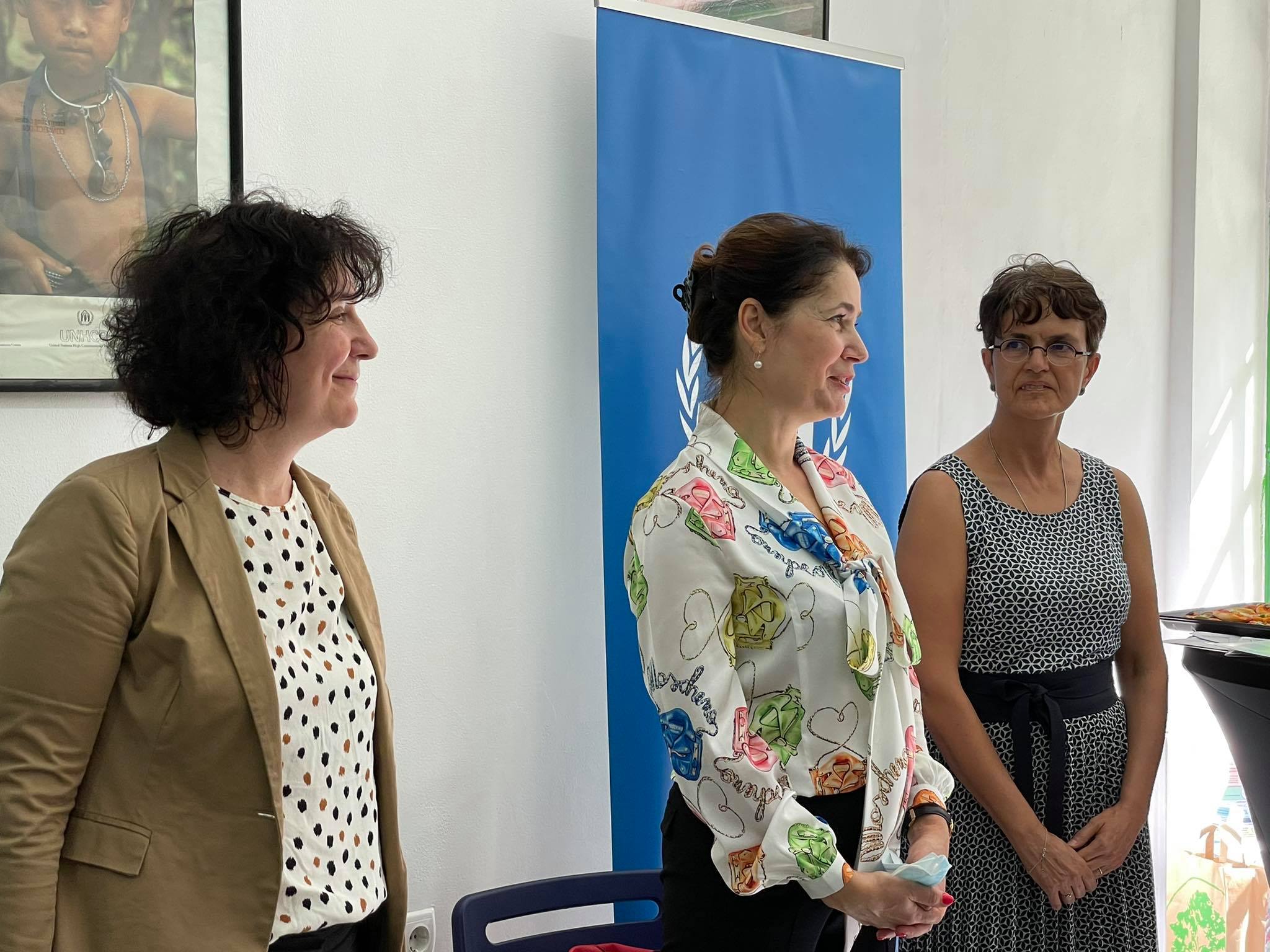 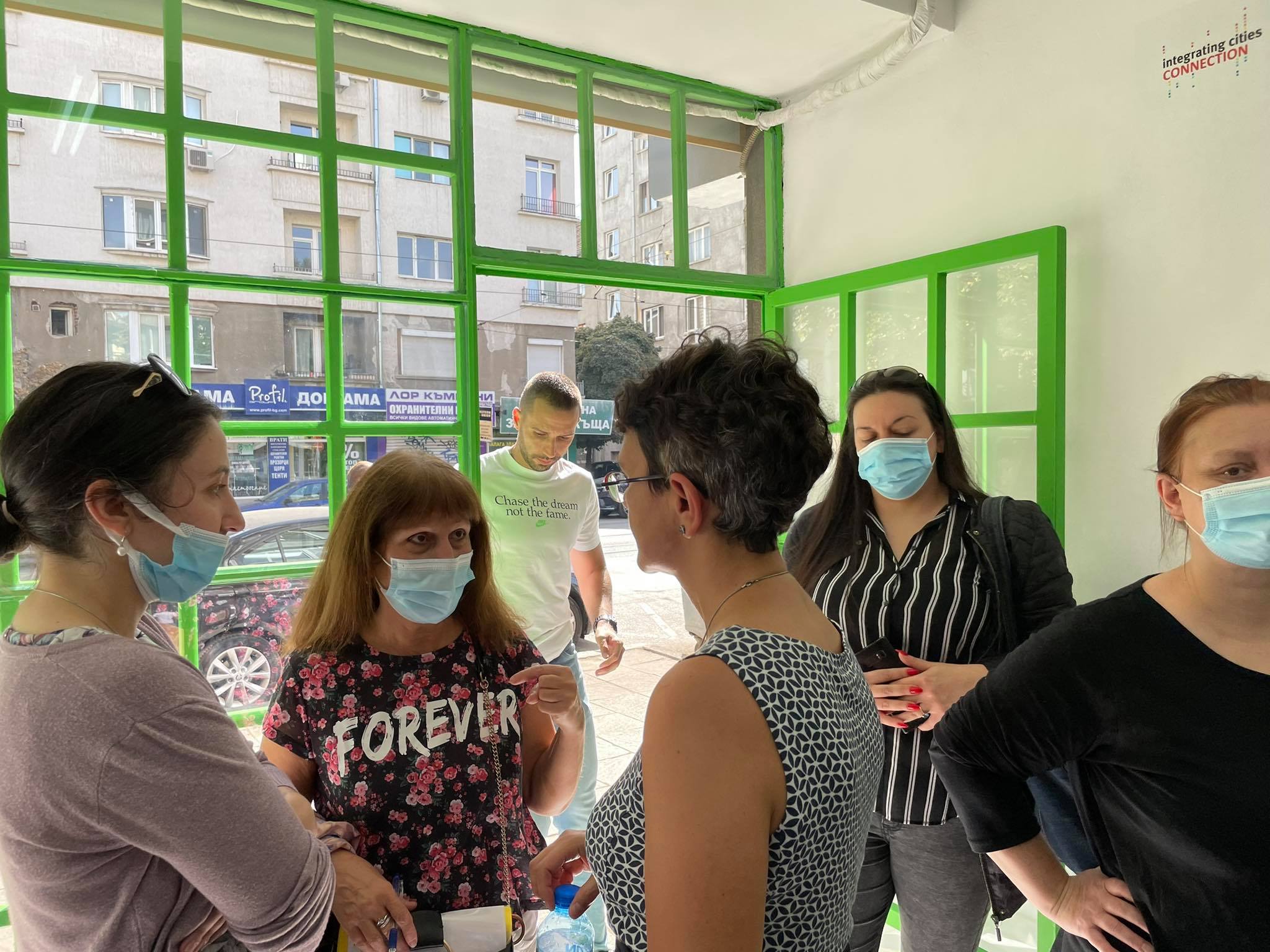 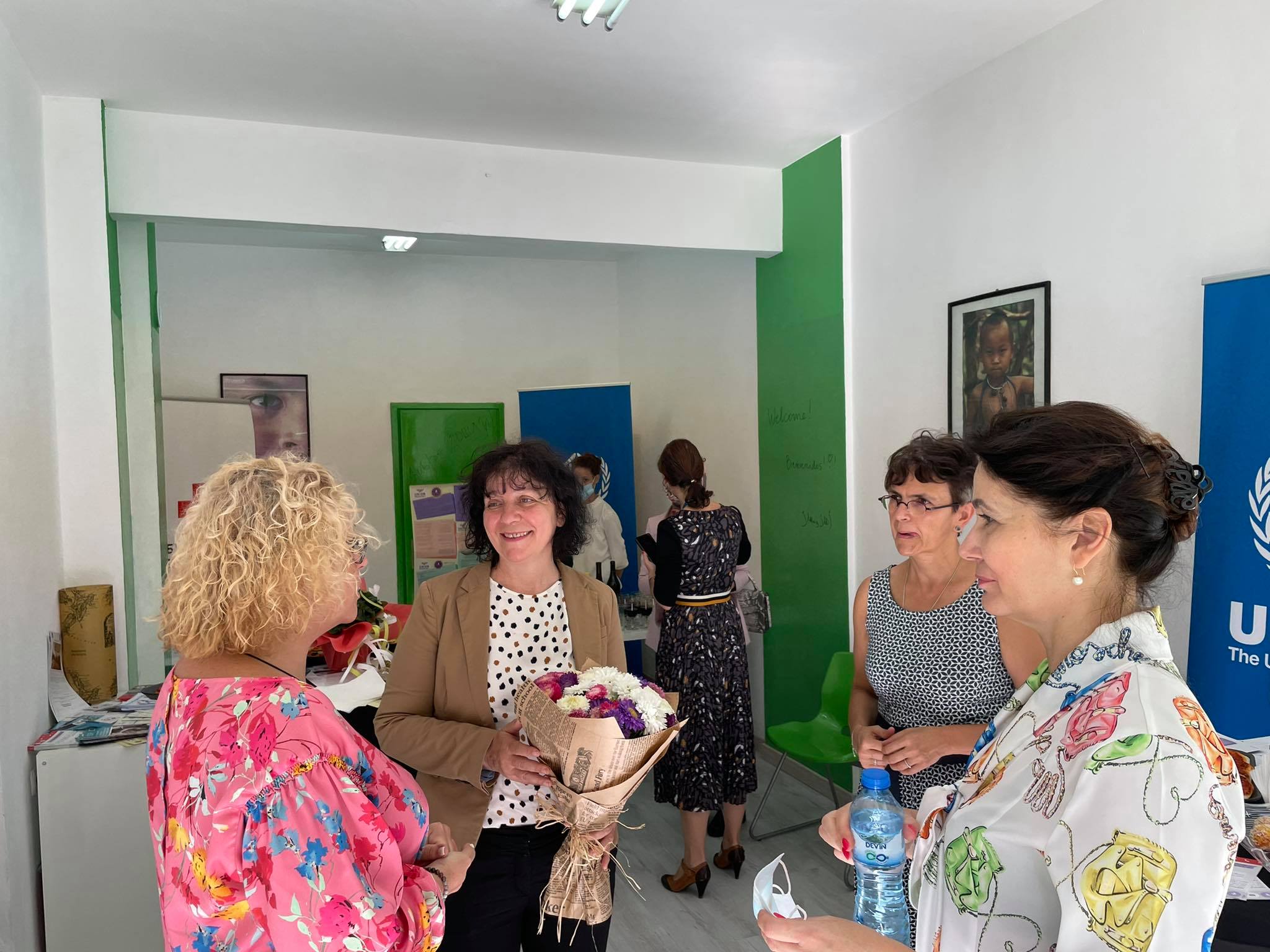 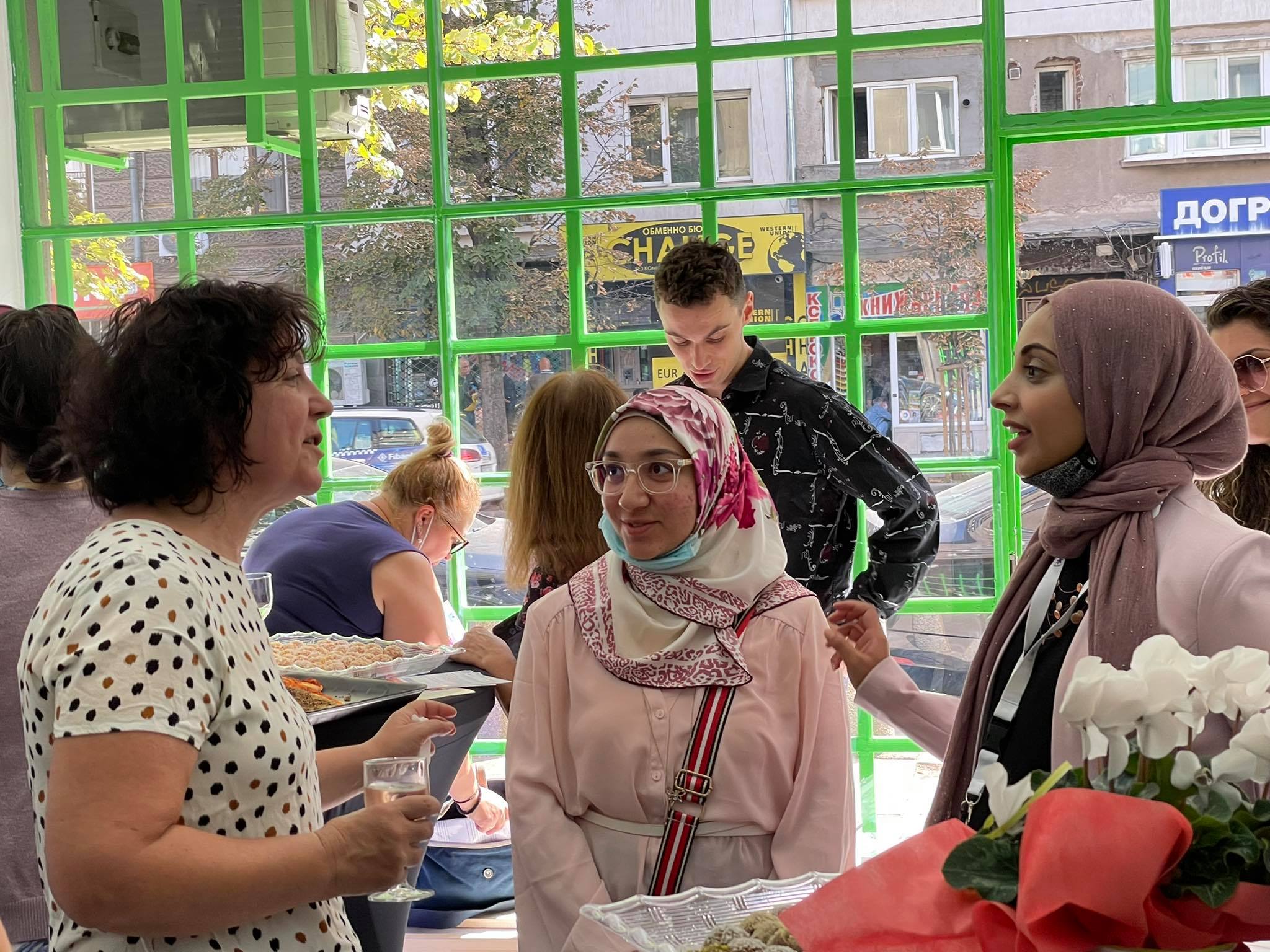 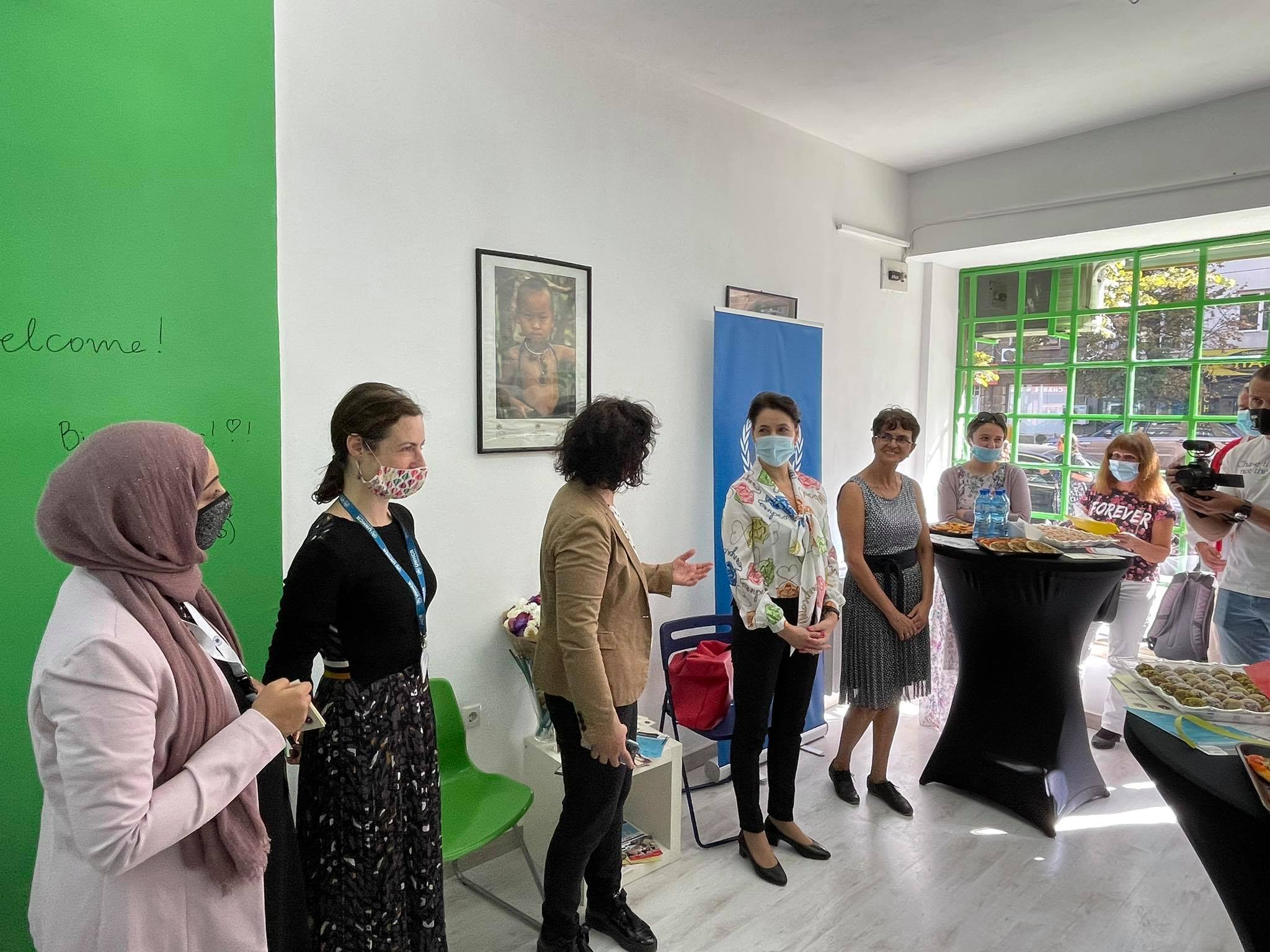 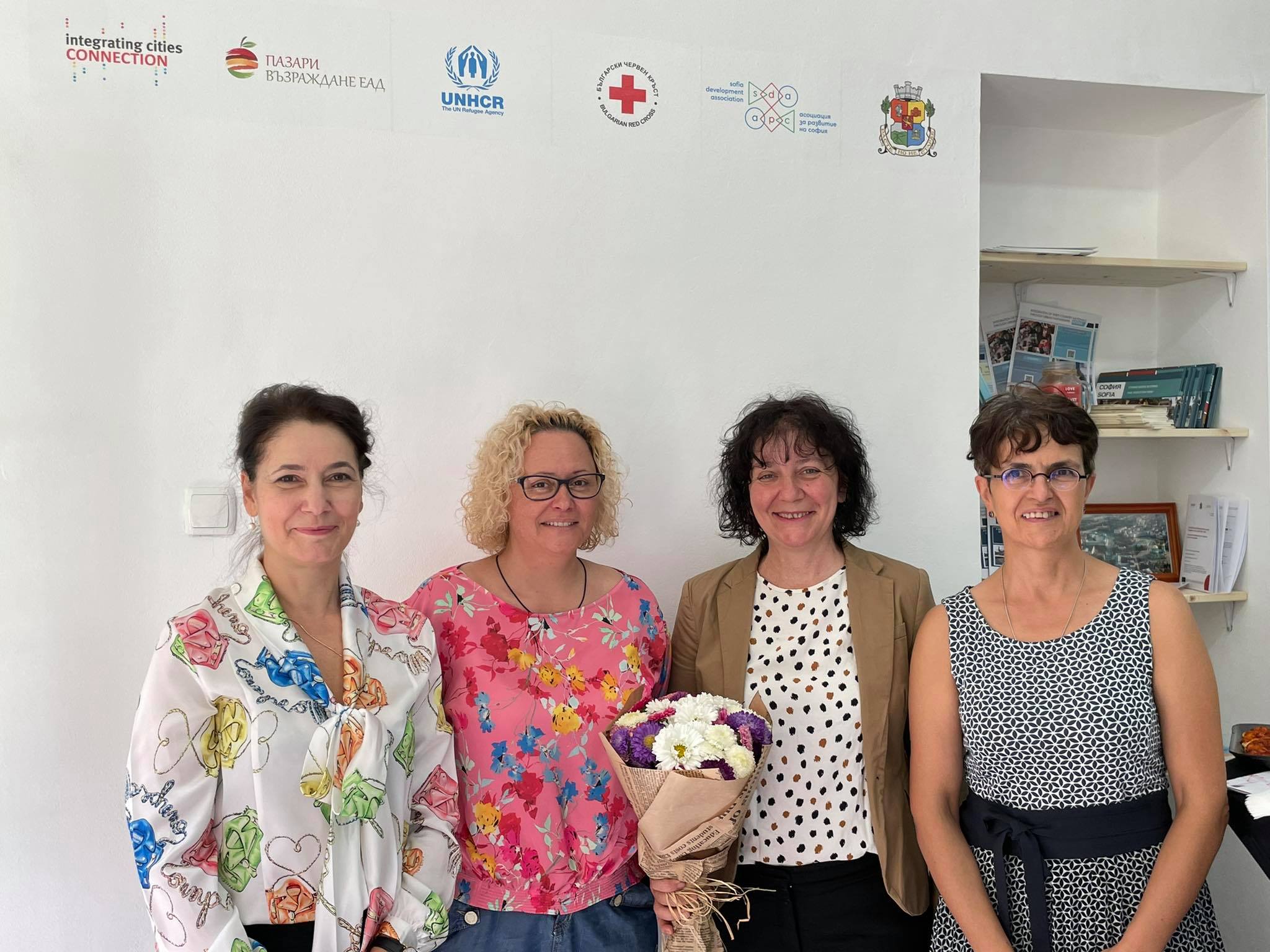 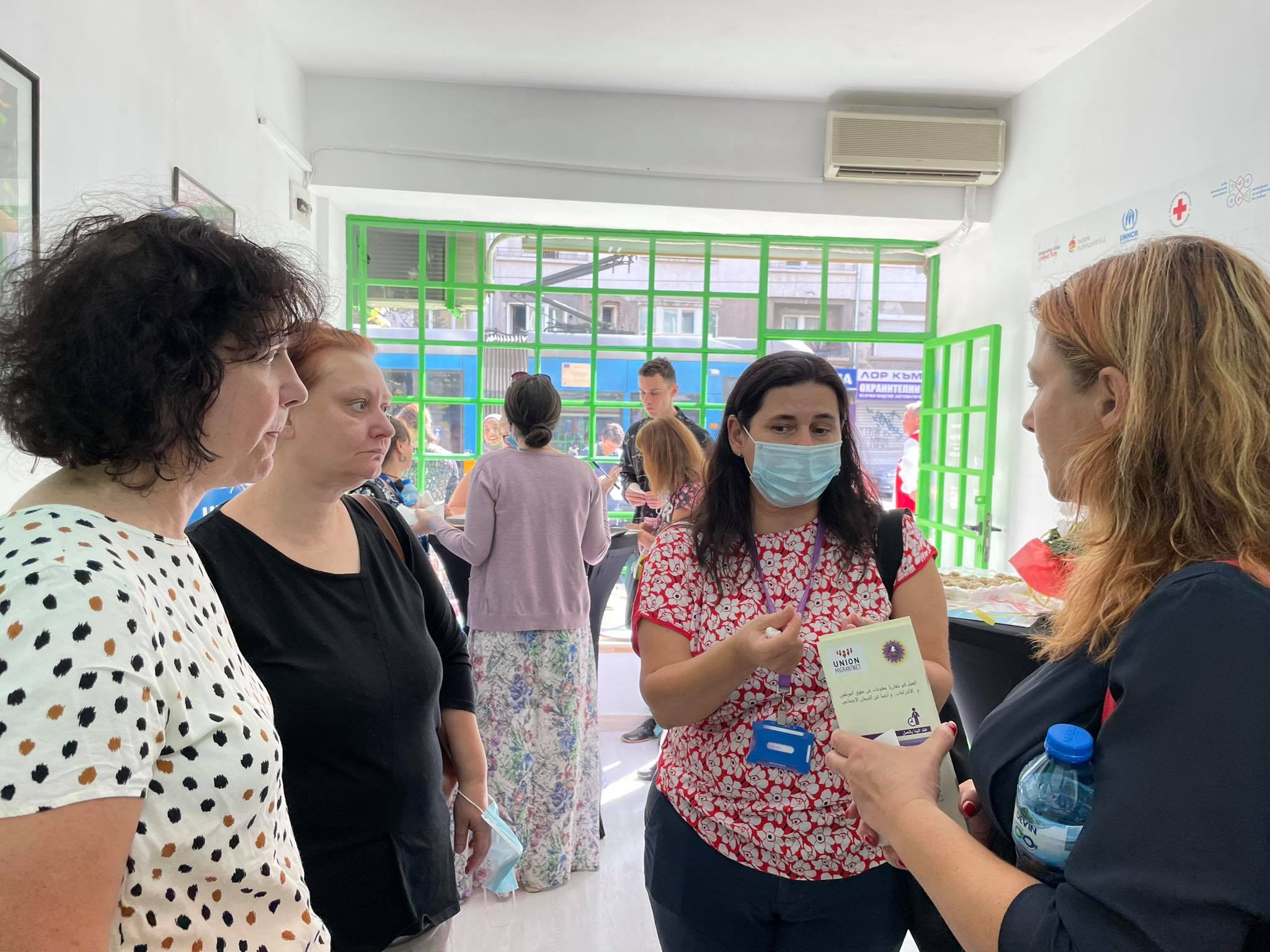 New: Bureau for Information and Services for third country nationals in Sofia! 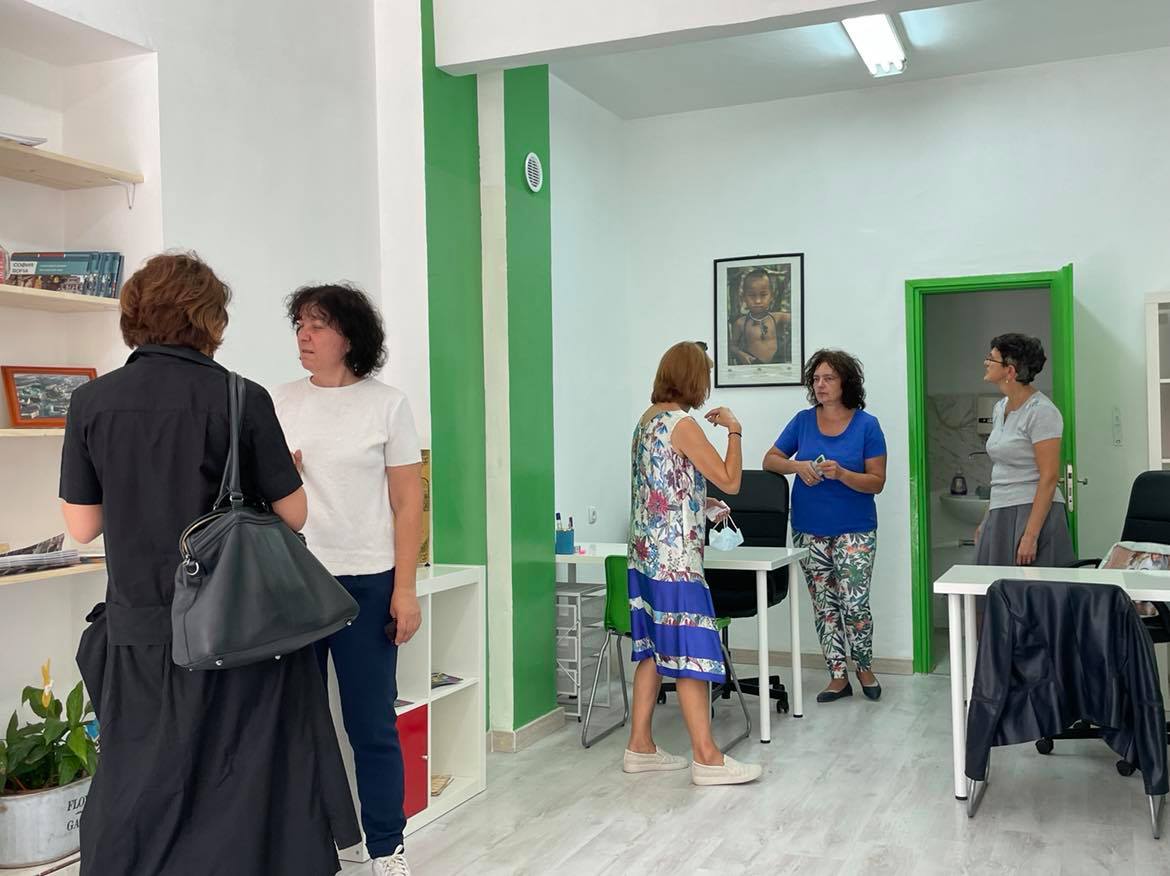 Simple is beautiful! Every city and country have a complex system of access to services, distributed between governance levels, institutions and voluntary service providers, locations, with diverse requirements and processes. Add language barrier, insufficient city orientation of a new comer, and most likely you are facing frustration.

After working with 14 other cities for over a year in an ongoing EU-funded project called CONNECTION (Connecting Cities for Integration Action), Sofia is using an European grant to run an advice bureau that can dramatically improve integration outcomes. To simplify foreigners’ access to services Sofia has joined forces with the Bulgarian Red Cross and UNHCR, and 13 NGOs active in the area of third-country nationals’ integration to set up a Bureau for Information and Services for TCN as a single point of reference, overcoming complexity. Equally important, the Bureau being a joint effort, allows for sharing resources, expertise, responsibilities and vision between a broad variety of stakeholders.

“The idea is simple – to help each citizen of Sofia have easier access to jobs, education, training, cultural orientation. This would help individuals and families and in return will help the city growth and sustainability”, says Malina Edreva, Chairwoman of the Committee on Education, Culture and Diversity in Sofia City Council.

The Bureau for Information and Services will be officially launched on September 17, the Day of Sofia. It is established in the framework of #CONNECTION project. 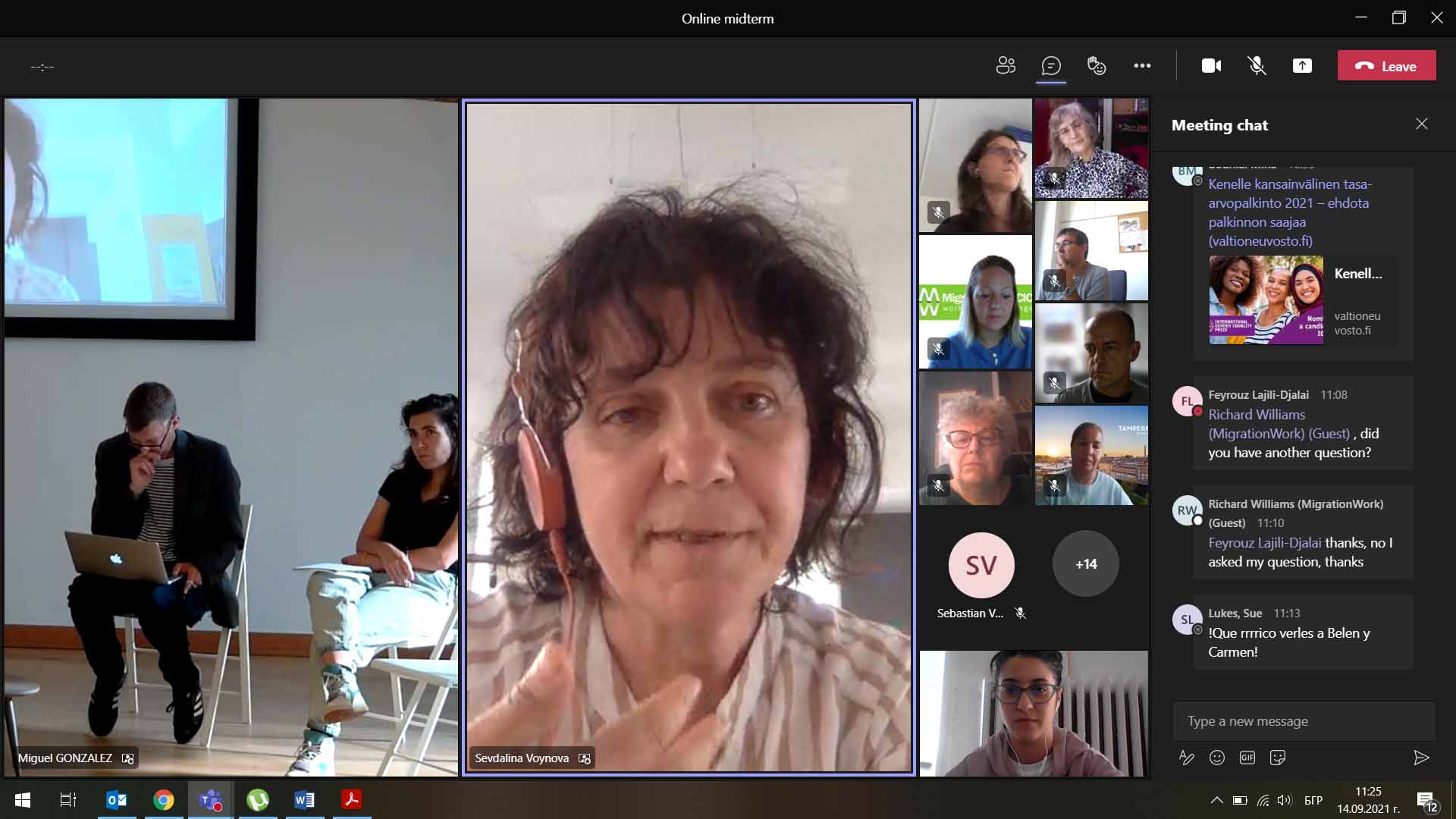 Representatives of partner organizations from 22 cities took part in a partnership meeting as part of project CONNECTION - "CONNEcting Cities Towards Integration actiON". The meeting was held online on September 13 and 14, 2021 and presented the progress in the implementation of the project activities so far, as well as the forthcoming ones in the implementation of the long-term goals.

Municipal officials and representatives of the non-governmental sector from Antwerp, Athens, Dortmund, Madrid, Tampere, Thessaloniki, Stockholm and other partner cities exchanged their diverse experiences and identified both the best examples and the gaps in the work process. Speakers included representatives of organizations such as UNHCR, the International Organization for Migration, the Refugee Committee, DG REFORM, as well as the EUROCITIES project coordinator and the expert organization that facilitates exchanges between cities, MigrationWork. All of them noted the cooperation between the local authorities, the NGO sector, the business and the citizens as one of the most important approaches for quality integration and provision of services for the benefit of foreign citizens in a holistic way.

Sevdalina Voynova presented the experience of Sofia, noting that the shared practices from other cities were very useful for the work of SDA and shared the concept for the upcoming opening of the Bureau for Information and Services for Third Country Nationals in the capital.

Significant and fruitful were the sessions in which the partners from the 4 thematic practical communities (developing a strategic approach for integration, participation and interaction; involving the gender community in integration policies; building employment opportunities for migrants and designing a “one stop shop”) were divided and had the opportunity to consider and discuss the concept of creating "How to?" manuals, which will provide other cities with guidelines for effective work on the relevant topics.

During the discussion in community 3, working on overcoming obstacles to the employment of migrants, of which Sofia Development Association is a part, Sofia's experience in developing and implementing the action plan for establishing a Bureau for Information and Services for Third Country Nationals was proposed to be described in the “How to?” handbook as an example of building a working model with the support of the project.

The meeting also discussed the most appropriate ways in which partners can continue to communicate the topic of migration and steps for integration among the general public. In addition, the latest changes in the policies of the European Union on migration and integration were presented. 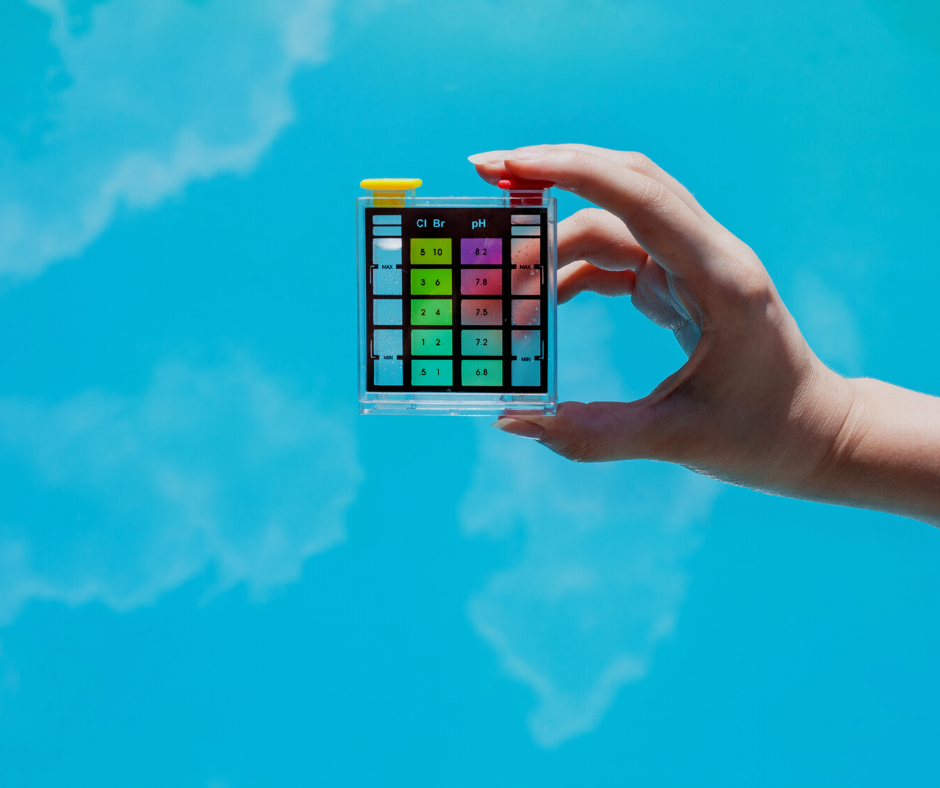 Why do we need numerical models for air pollution? What does chemical time mean? How do buildings and other ground facilities affect the spread of pollutants? On what principle is the system for forecasting the potential for pollution with fine dust particles for Sofia Municipality built?

You can learn the answers to these and other questions related to air pollution during the online seminar on "Modeling of air pollution", organized by the National Institute of Meteorology and Hydrology as part of the INNOAIR project.

During the event you will get acquainted with the numerical models for the spread of pollutants in the atmosphere, which are both a basic tool for analysis and forecasting of air quality (AQ) and an integral part of the programs of local administrations aimed at improving AQ. The topic of air pollution will be presented in detail by experts and practitioners in the field, in a language widely available to the public.

You can join the seminar by registering HERE. A detailed program of the event is available at the following link.

We are expecting you!