International Conference for Cultural Management and Network Meeting in Sofia 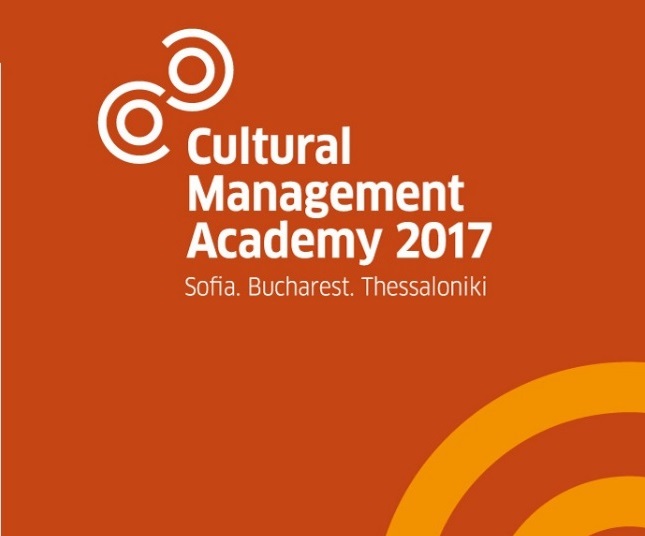 Sofia Development Association and Goethe-Institut organize an international conference “Paths to Innovation in Culture” in Sofia on September 28-30, 2017. The conference is in the framework of the 2017 Cultural Management Academy and aims to bring together cultural manager-practitioners from Bulgaria, Romania and Greece with leading academic scholars, researchers and political leaders, to exchange experiences and research findings. This year’s Academy participants from the three countries, selected by an academic editorial board, will present own research in the areas of digital innovation, social innovation, innovation together, innovation in the working process and new audiences. Among the international speakers are Krzysztof Maj, Director of Wroclaw 2016 European Capital of Culture, Rarita Zbranca, Director of Cultural Center CLuj, Dr. Evelin Hust, Director of Goethe-Institut Bucharest, Dr. Petya Koleva, Venelin Shurelov. The conference aims to establish an interdisciplinary platform for researchers, practitioners and educators to present and discuss receont innovations, trends, problems and solutions in the realm of cultural management. Sofia Mayor Yordanka Fandakova and the Sofia Council Committee on Culture and Education chairperson Malina Edreva will also be in attendance.

The papers presented during the conference, will be included in a special academic conference proceedings publication.

The international conference builds upon the 5-year experience of SDA in organizing the Academy for Cultural Management, the partnership with Sofia University, Goethe-Institut and the European cultural institutes. By giving the opportunity to cultural manager to contribute conference content we help them market themselves and their organizations and projects and advance their career.

On September 20 -21, 2017, Sofia hosted the international conference Quality of Education’17: Children in the Digital Era, co-organized by UNESCO, Unit and Sofia Development Association. The conference was opened by the European Commissioner on digital economy Maria Gabriel. The delegates, coming from over 30 states, presented their proposals for the modernization of educational systems, information technologies in favor of professional and informal education, upbringing in the digital world. Sevdalina Voynova, SDA, was a panelist in the conference and presented the work of the Digital Transition Partnership, part of the Urban Agenda for the EU. The partnership aims to develop better regulations, financial mechanisms, business opportunities and public services in the process of digitatization of health care and social care, education, urban planning, e-governance. By the end of the year the Action plan to be discussed with the European Commission will be developed and presented. Sofia municipality with the support of SDA is the coordinator of the partnership together with Oulu, Finland, and Estonia.

The conferece was streamed online at https://www.youtube.com/watch?v=qqjofRzR7zw&feature=youtu.be.

The idea behind the event was to bring young people with bright ideas together and create a bridge between their imagination and new, innovative technologies.

The competitive categories given to the participants to choose from were all connected to the subject of technologies, innovation and positive communication between students and young people as a whole. The Hackaton helped not only the participants, but also the experts of the team of "New Generation Skills" project. The innovative projects ideas will find place in the Sofia Youth Innovation agenda in order to bridging the gap between education, and new generation skills needed for navigating in the changing world and give young innovators support in bringing their ideas to life.

The participants developed several great project, like a robot that can help you learn English, a platform that can contribute to the communication between students, teachers and parents, and the first prize project - a system which helps with the sharing of information about deadlines, exams and tasks between students.

The Sofia NGS team and the participants in the Hackaton exchanged ideas and learned from one another during the event, helping to bring the gap between students and experts. 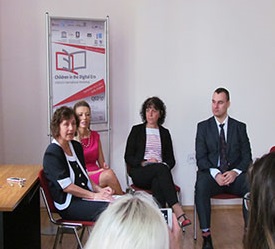 The workshop, organized by “Law and Internet” foundation and the Ministry of Transport took place on September 20, 2017, in the framework of the international UNESCO conference “Children in the Digital Era”. Sevdalina Voynova with SDA was a pannelist in the program devoted to primary and secondary education. The panel discussed the effect of the digital transition on education and how to develop awareness and skills for cybersecurity among students. Among the panel’s recommendations are the development of integrated digital environment in schools, including school process, additional resources, interaction with parents and teachers; overcoming the digital divide; establishing links between cybersecurity and European values; mechanisms for human capital development. The discussion also focused ont he opportunities for the advancement of these measures provided by the Digital transition partnership of the European Urban Agenda, which is coordinated by Sofia.

Parallel to the workshop, also in the building of Sofia Library was launched the Students Hackathon “Smart School 4 Smart Schoolchildren”, co-organized by Sofia Development Association. The students are coding solutions for increased interest and motivation for learning, interaction between students, teachers and parents, combating aggression at school. 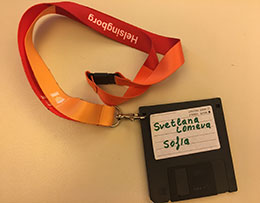 This year, the first school day begins with a new challenge for students.

The “Smart School 4 Smart School Children” hackathon invites all students with creative ideas to offer technological solutions that will help our educational system to be more innovative, creative and digital.