Sofia is hosting the INNOVATION EXPLORER 2016 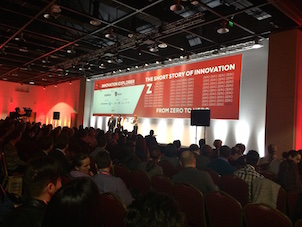 INNOVATION STARTERBOX gathered in Sofia hundreds of innovators on 25 February 2016. The event was hosted by Sofia Municipality, Sofia Development Association was a partner.
The Mayor of Sofia Mrs. Yordanka Fandakova opened the forum presenting different innovations implemented by the city. The Strategy for Smart Specialisation of Sofia, developed by SDA was also mentioned.
The Mayor said our city has the potential to become digital capital of SE Europe.
Sofia schools deliver B2 foreign language education. The city is covered with broadband Internet and is world leader with its free Wi-Fi connectivity in public areas such as parks, metro, public transport, and squares. All this is a significant reason for Sofia to lead the charts in ICT outsourcing and start-ups in Europe.