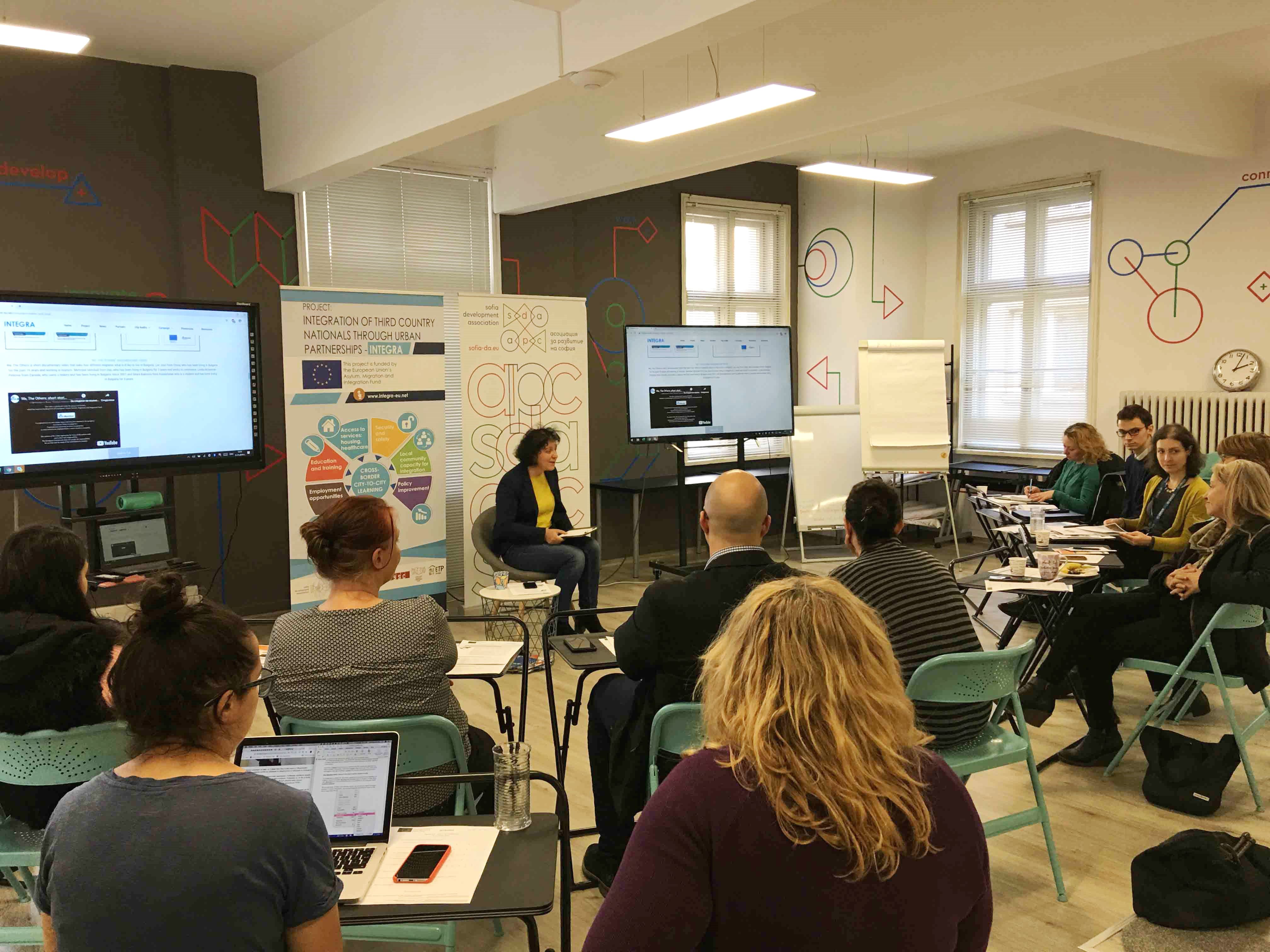 On November 15, 2019 a final meeting of the INTEGRA local stakeholder group was held to evaluate the achievements and to plan follow-up activities for the integration of third-country nationals (TCN) in Sofia. The meeting was attended by the participants in the local stakeholders integration group (SIG), the public mediator of Sofia Municipality, representatives of municipal committees, representatives of UNHCR, BCRM, IOM, non-governmental organizations. Sevdalina Voinova, SDA Project Coordinator, presented the creative tools developed by the project partners - they include videos, handouts for organizing debates and discussions, electronic and paper versions of a card game on migration, calendars, and more. The resources are freely accessible and can be used by different target groups - municipal officials, NGOs, teachers, refugee organizations - for training, awareness-raising, involvement in civic initiatives. In Sofia, INTEGRA concludes the two-year project with a very good synergy between SDA, Sofia Municipality (SM), UNHCR, the academic community and a network ready to continue the efforts for migrants integration. The project team reports ongoing activities to maintain the established mechanisms for providing information and services to migrants in Sofia (by expanding the health services portal, myhealth.bg, supported by the municipality and available in Bulgarian and English), through the office of the public mediator, and others. In a European context, the project's methodology and results were highly appreciated and disseminated widely: INTEGRA is one of the finalists in the CLARINET network competition for the Best Public Campaign for Integration of Migrants; project partners are invited to participate in the exhibition accompanying the Go Local conference, organized by the European Committee of the Regions on 3 December, as well as in several conference panels.

In order to sustain and expand what has been achieved so far, after the completion of the project in December 2019, we will continue to work with all partners from the public and non-governmental sectors in Sofia, focusing on several key objectives:

- Cooperation with the office of the public mediator at Sofia Municipality, to facilitate the access of the TCN to services through preparation of documents and application forms in English, setting up on-site meetings, etc.

- Seeking opportunities to facilitate access for migrants and refugees to the labor market in Sofia through municipal enterprises, e.g. in the metropolitan transport system

- Cooperation with UNHCR and the city administration to initiate changes in the policies for municipal housing, including refugees and migrants in the target group of eligible users

- Continued work to increase the capacity of TCN and their organizations to be involved in civic initiatives and in the decision-making process at local level, through the small grant schemes under the municipal funding programs, Europe Program and Culture Program. 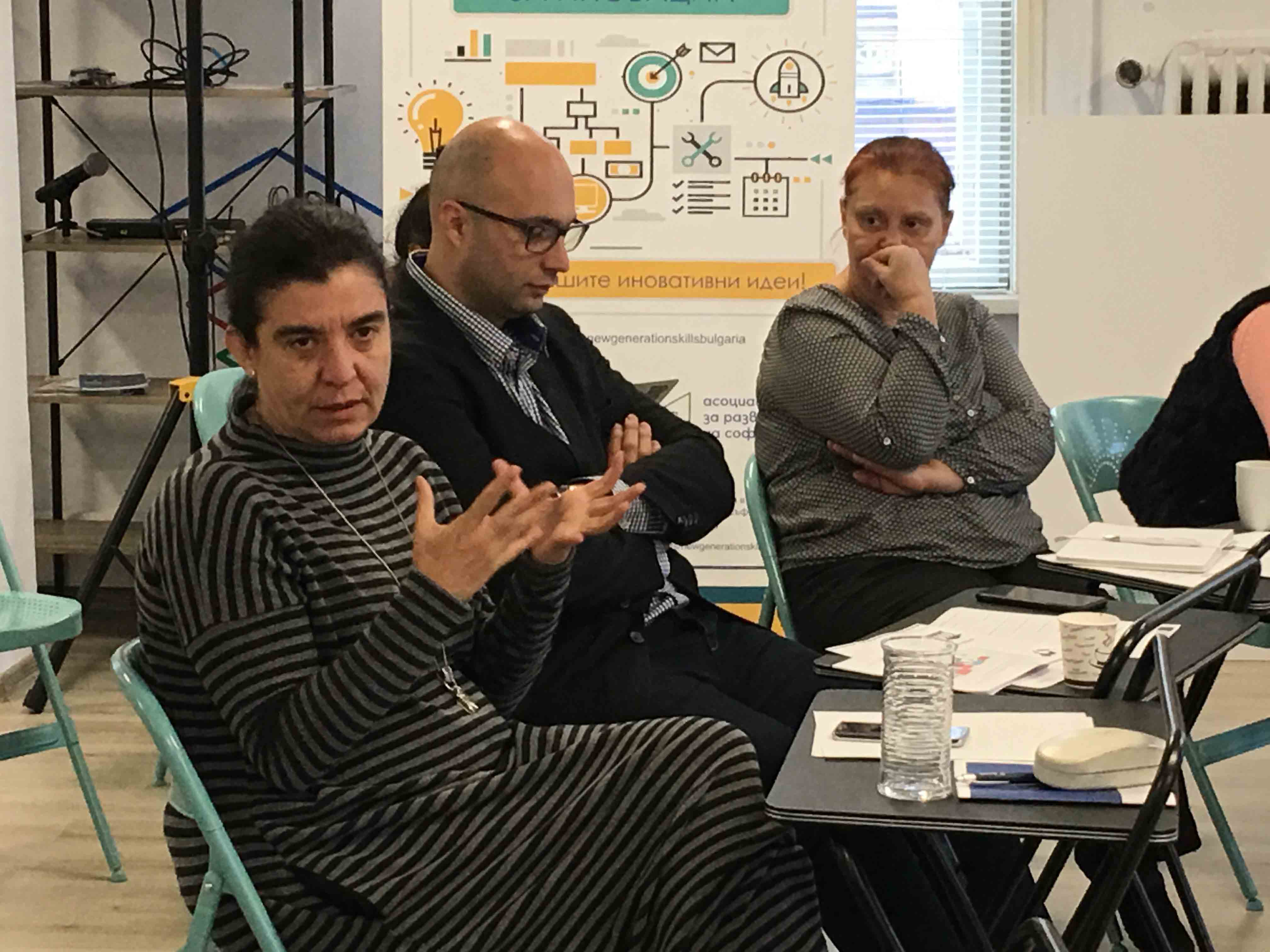 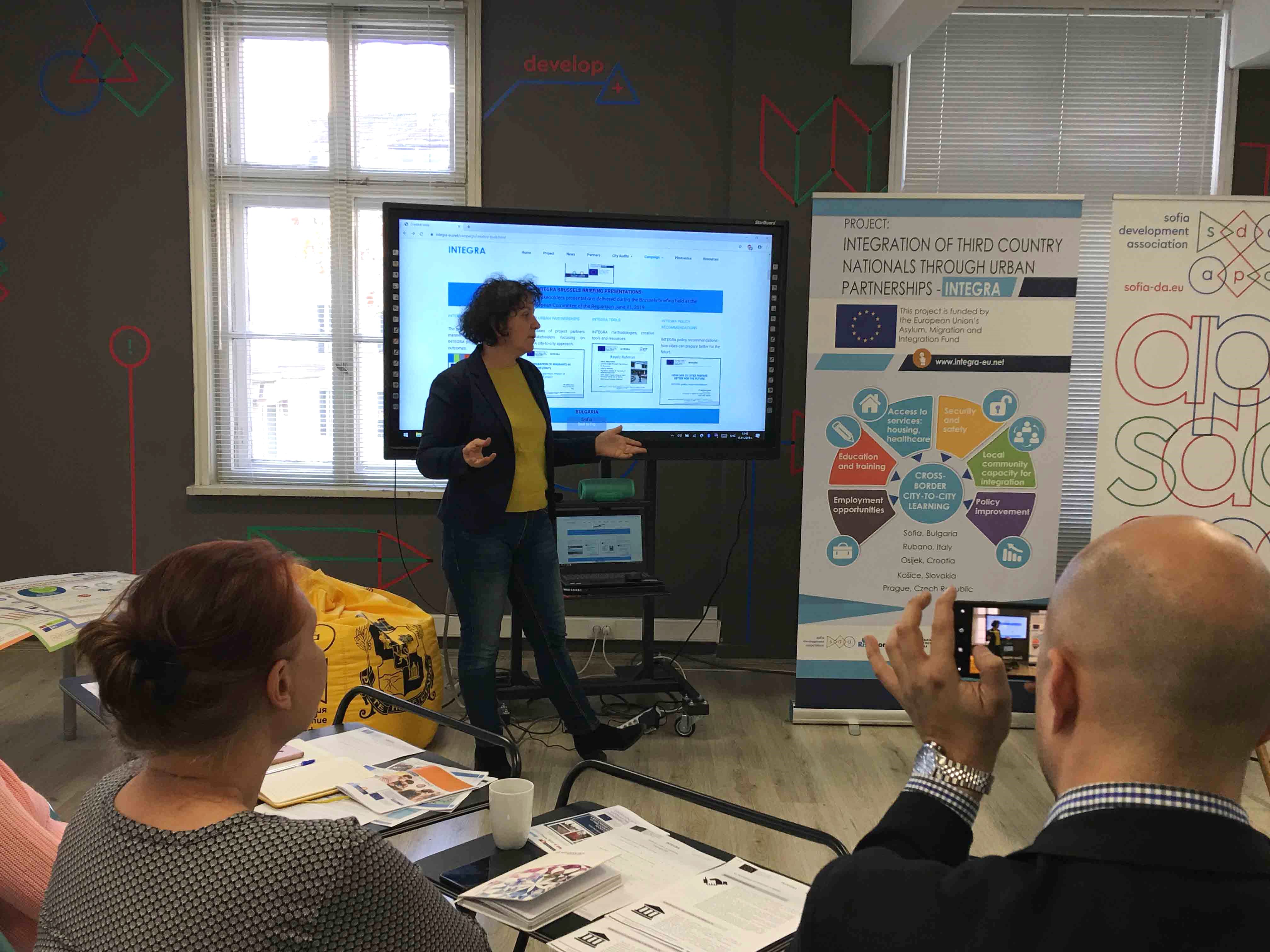 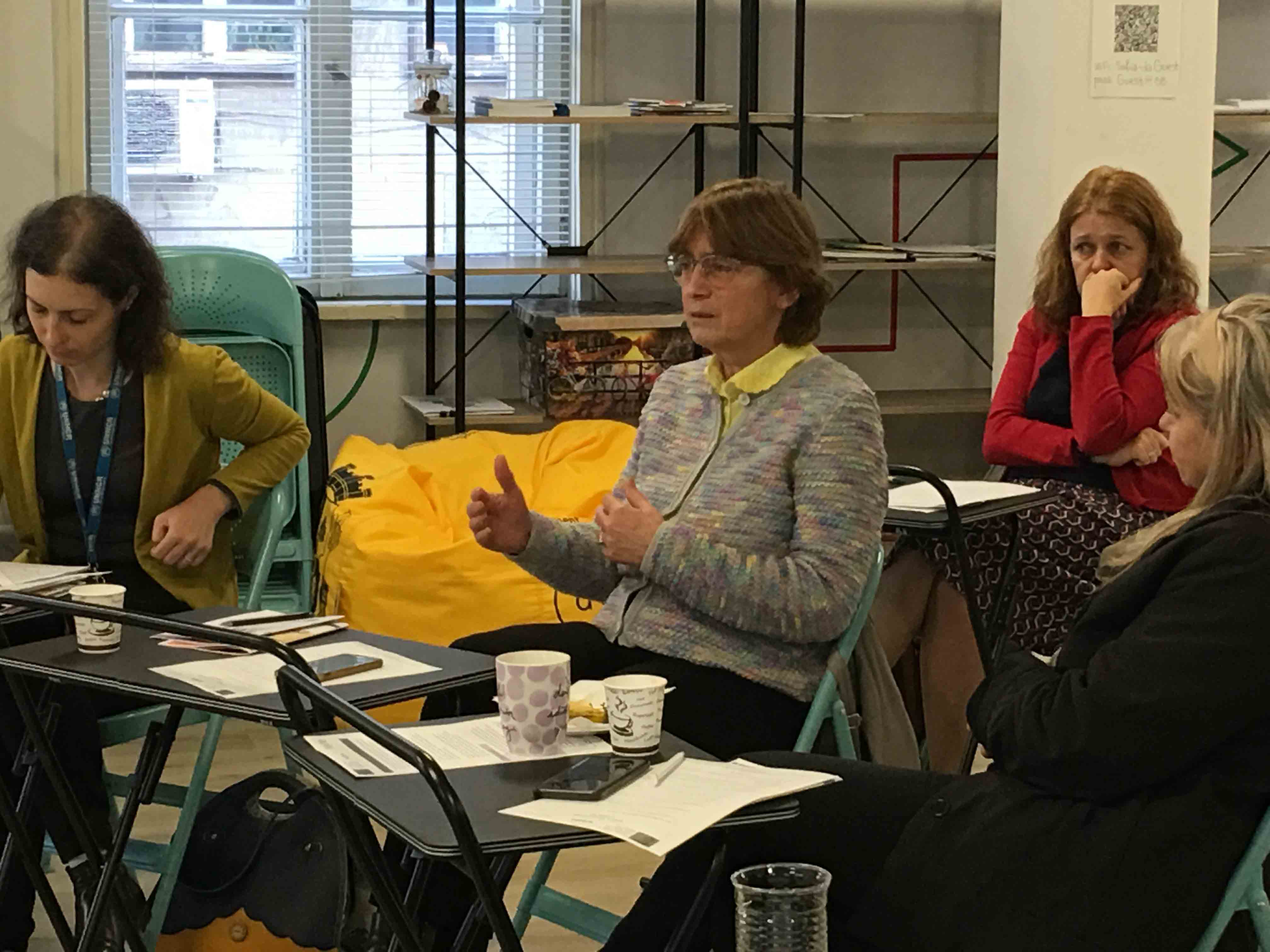 MEDIA AND INFORMATION LITERACY TRAINING OF TRAINERS IN OSIJEK, CROATIA

The first media and information literacy training under the IN EDU project took place the 1-3 October in Osijek, Croatia. This training of trainers brought together 23 participants from Bulgaria, Croatia, France, Italy and Slovenia with backgrounds in teaching, training, psychology, journalism and project management. The participants spent three days learning about media literacy theory, teaching tips and reviewing the curriculum lesson plans developed by IREX Europe and the French media literacy organisation Savoir*Devenir.

The training was conducted by Irma Velez, expert in media and information literacy from the Sorbonne University in Paris and member of Savoir*Devenir.

During the three days, participants also developed a training programme to be used to train teachers in each of their countries and will now go on to run their own training sessions in their local communities. Classes on Media Literacy will then be incorporated into classes in local schools, with the curriculum having the flexibility to allow teachers to pick and choose the topics they teach and fit them within their own school curricula.

Training for local teachers will run from December 2019 - January 2020. Teachers will be encouraged to begin using the curriculum as soon as possible and will also be involved in preparations for the Civic Hackathons which will be organized later in the year. 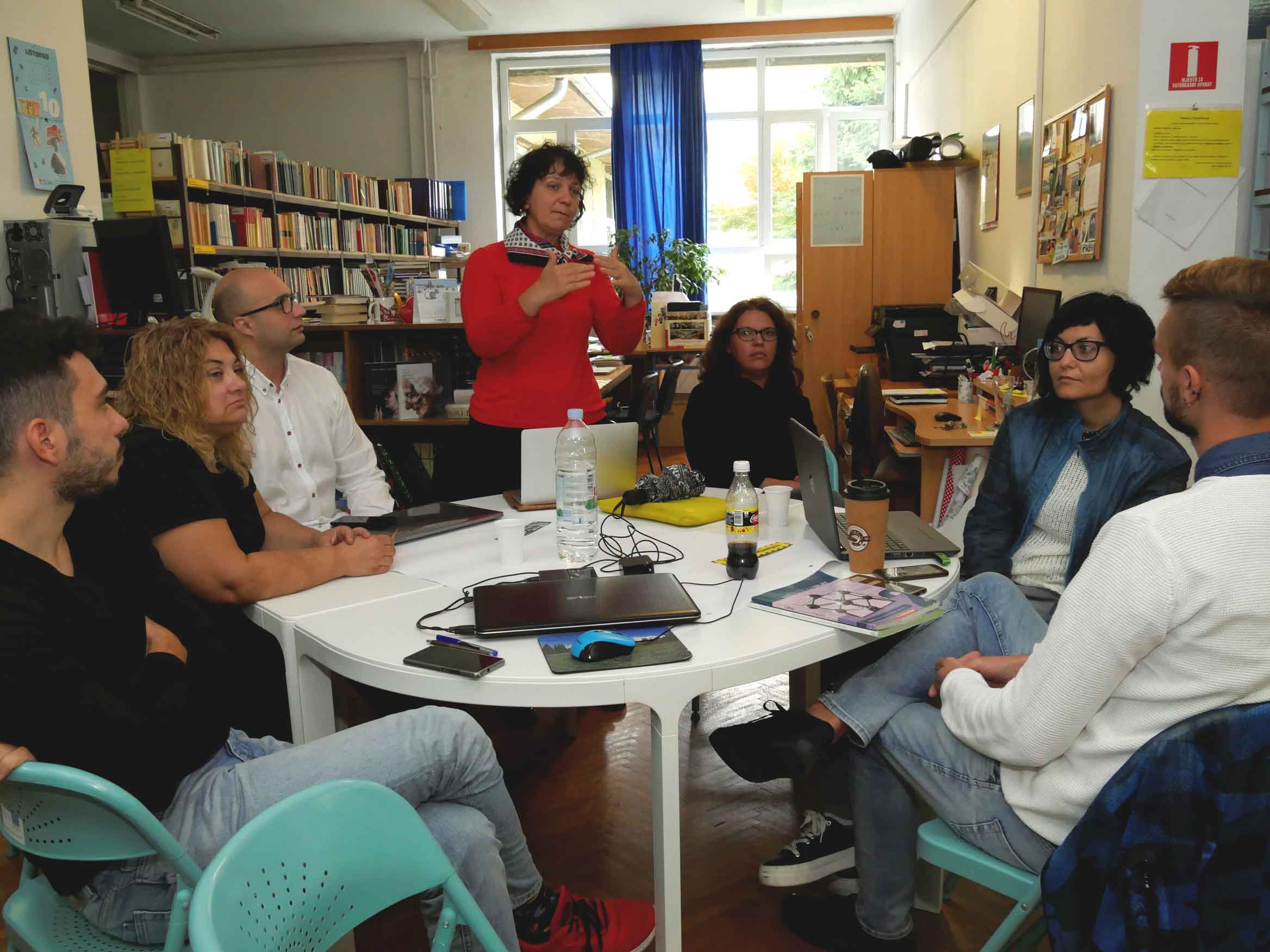 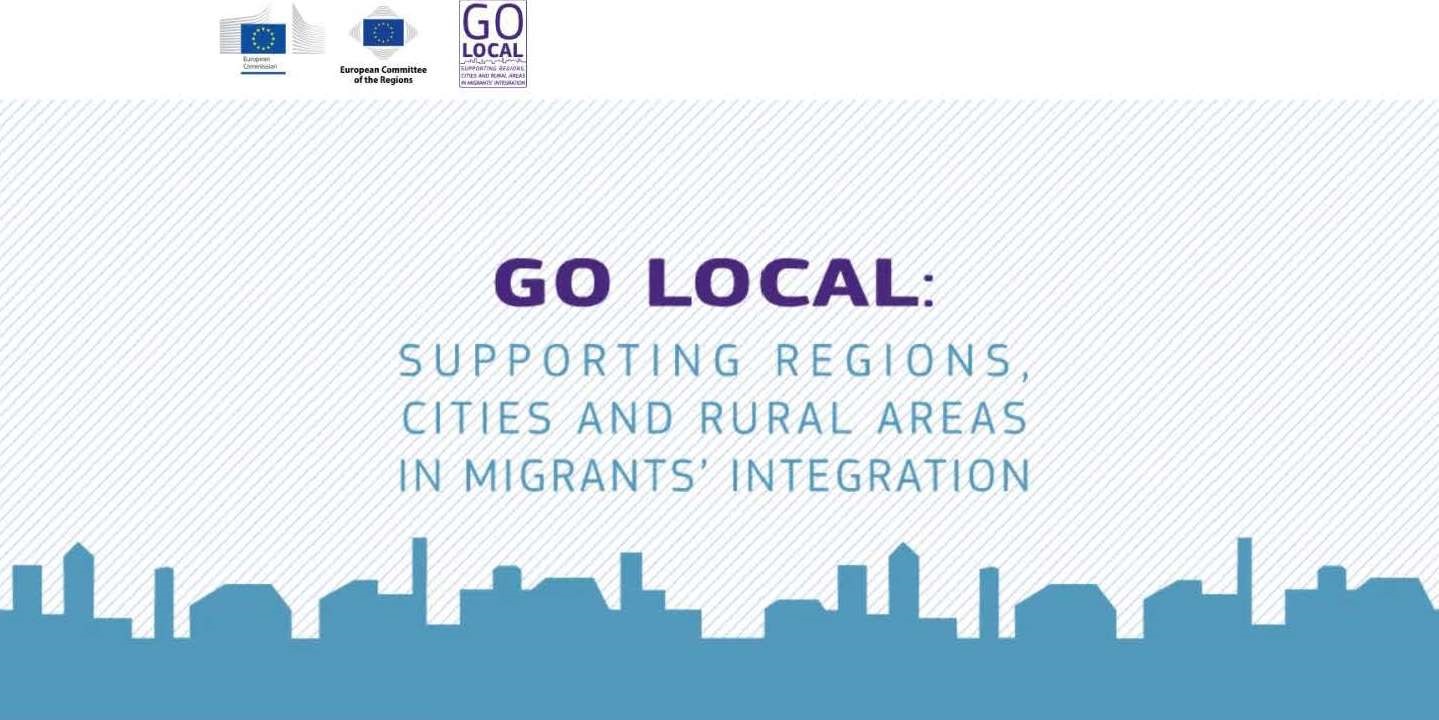 INTEGRA project, led by Sofia Development Association, takes part in the conference “Go local: Supporting regions, cities and rural areas in migrants’ inclusion”, organized by the European Commission. The conference will be held in Brussels on 3 December 2019.

If you would like to attend the event, you can apply here no later than 11 October 2019.

You may find the official invitation for the conference here. 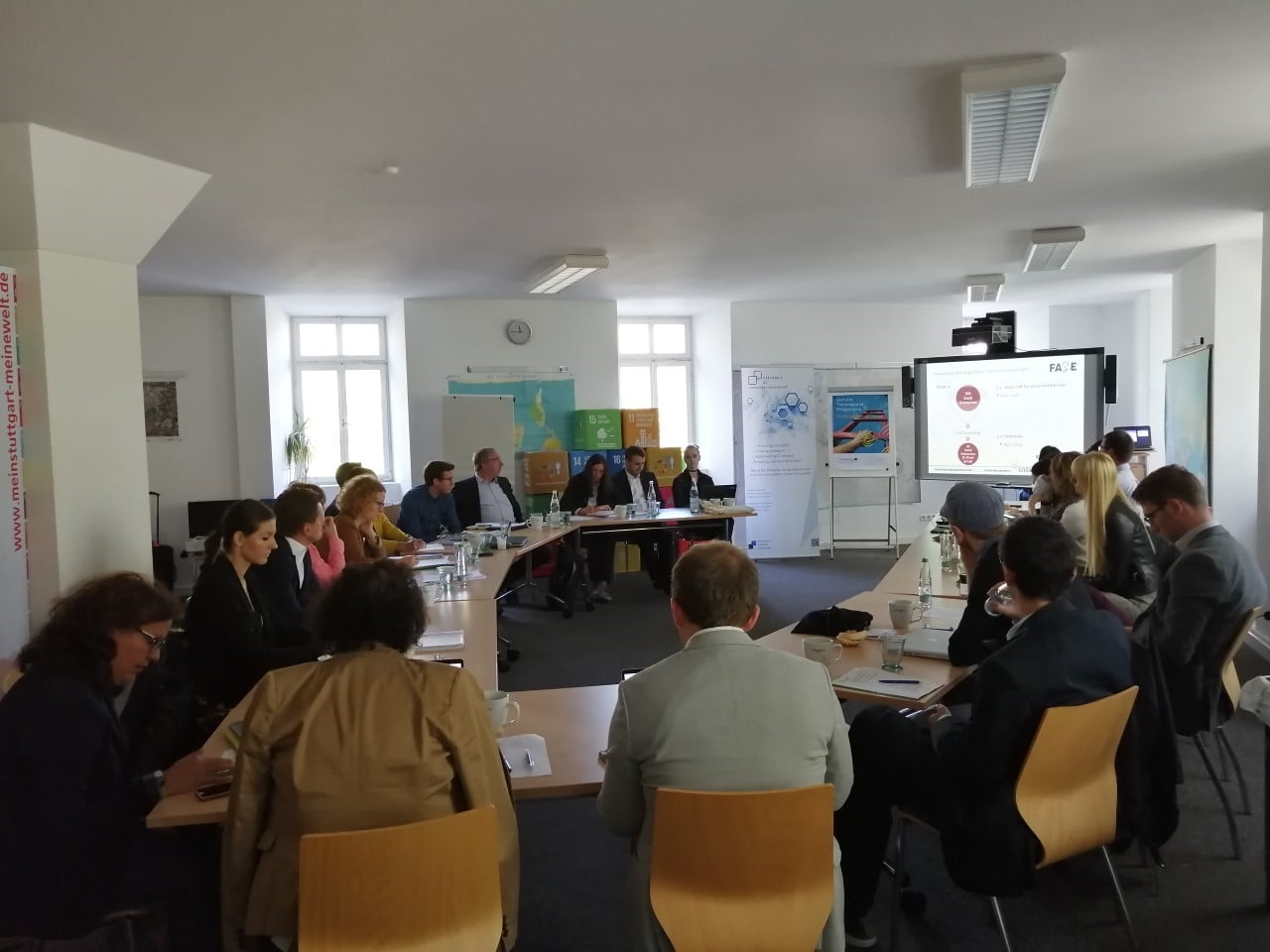 On September 18 - 19, 2019, social impact investors, representatives of local and national institutions, business support organisations and social entrepreneur networks met in Stuttgart, Germany, to discuss the pathways to foster social impact investments in the Danube region. The meeting took place in the framework of the project “Finance4Social Change”, co-financed by the EU funds (ERDF, IPA, ENI). Sofia Development Association is a project partners, together with 13 other organisations from 12 countries. Together with SDA project team was Aleksandar Sarafov, the manager of Start-up Accelerator Sofia and the Municipal Guarantee Fund for SMEs.

During the upcoming months the project partners will launch a comprehensive training programme and a region-wide competition for social entrepreneurs, while at the same time improving their local policies in the area of social impact investment.

More information in the project is available at http://www.interreg-danube.eu/approved-projects/finance4socialchange. 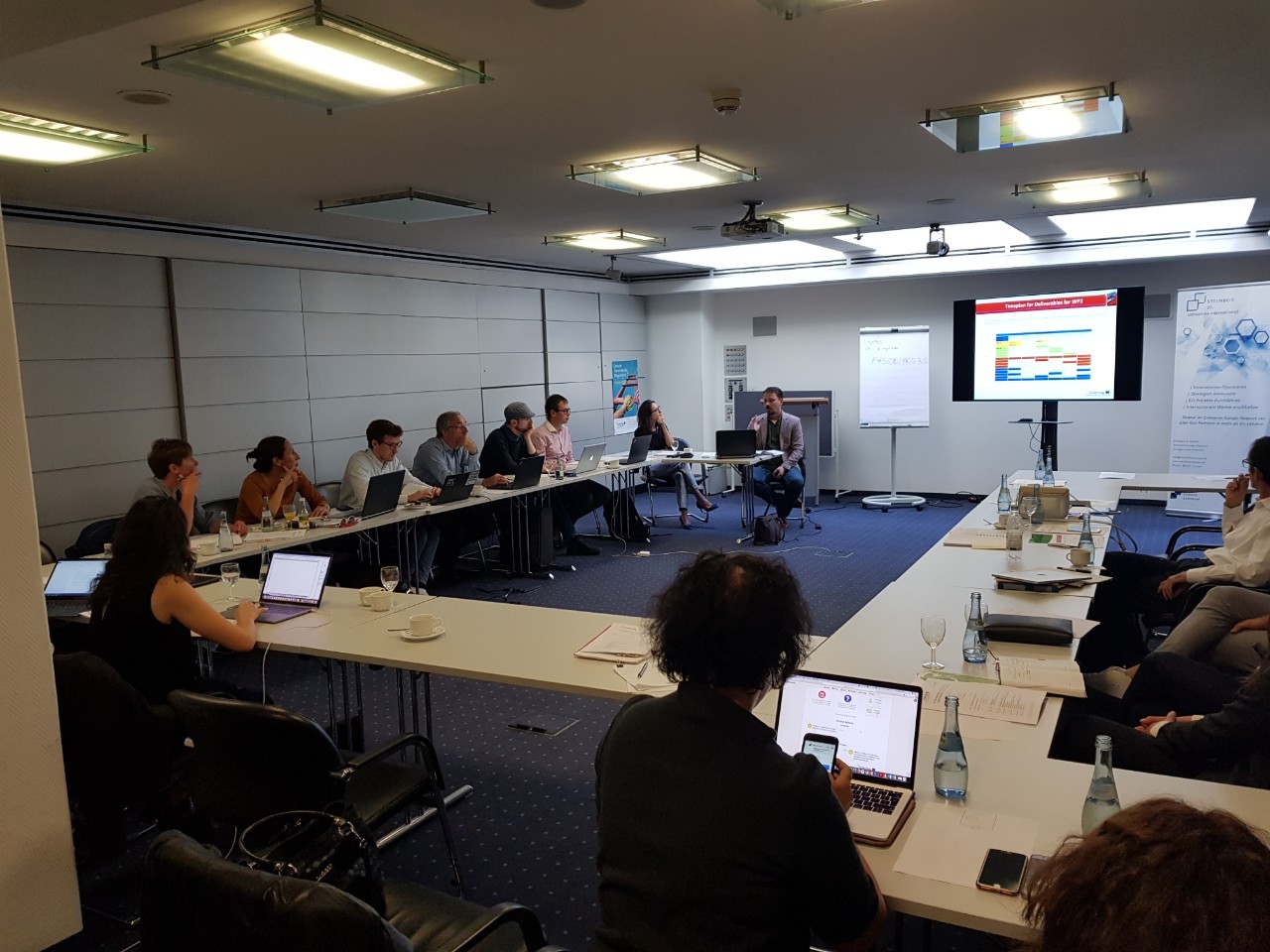 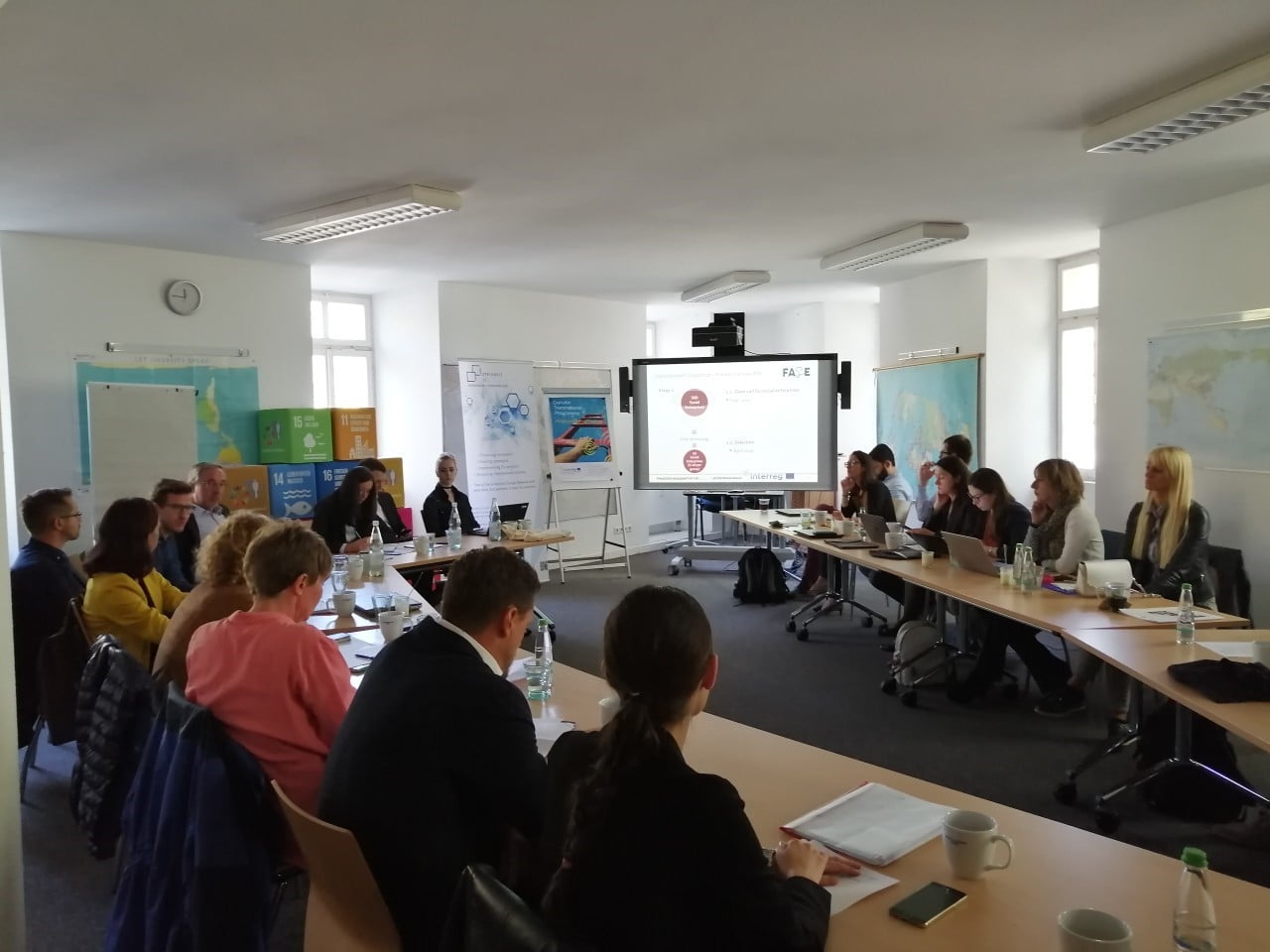 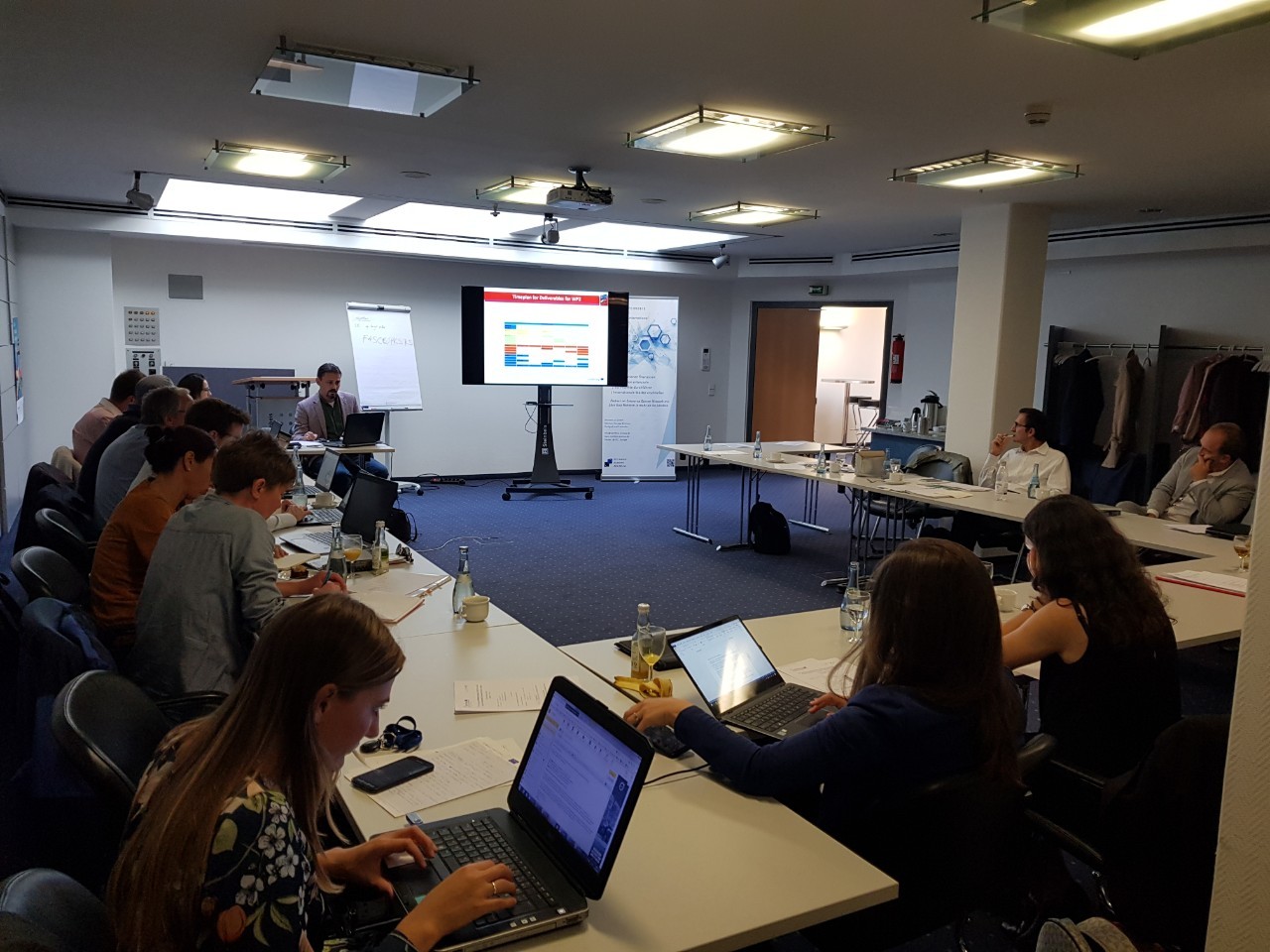 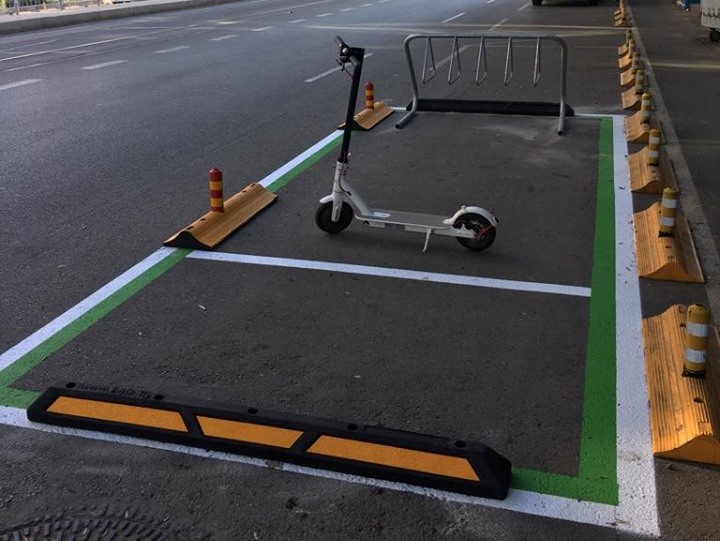 In August 2019 the first service for shared electric scooters was rolled out in Sofia. More and more people are looking for alternatives to car commuting. The city administration welcomes the growing interest in micro mobility and we are keen to partner with companies providing sharing solutions. We extend an invitation to service providers with interest in launching in Sofia, to sign a Memorandum of Understanding (Mou) with the city. The document describes some of the best practices that companies need to take implement in their operations. This is how we guarantee maintaining order in the city and the safety of users.

HERE you will find the full text of the MoU.

For more information please contact: This email address is being protected from spambots. You need JavaScript enabled to view it. or +359 2 904 13 53.

The Freedom and Space to Develop Skills 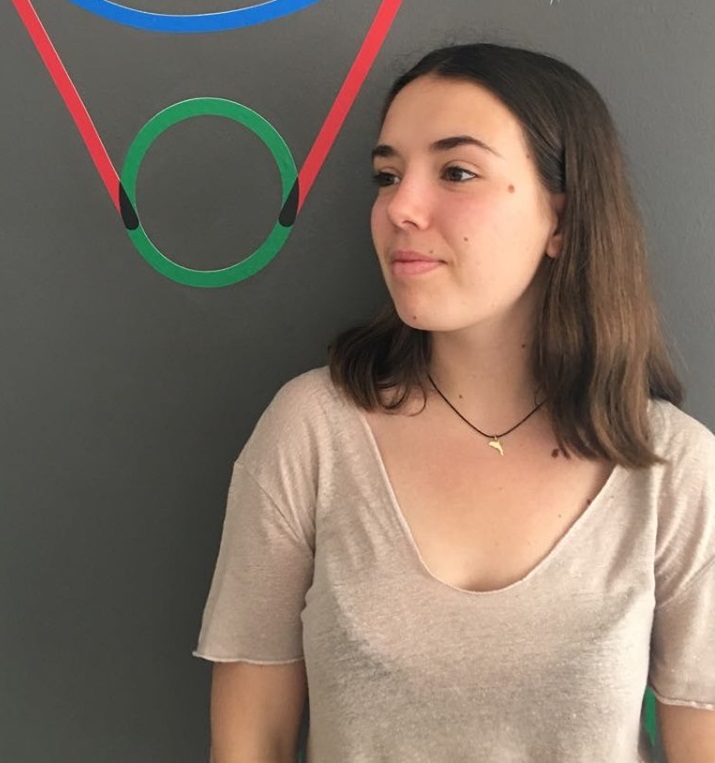 My internship at the Association for the development of Sofia (SDA) started in May 2019 and lasted for four weeks. I was expected to apply my knowledge of my European political science studies to the formation of diverse projects led by the association. My supervisor would brief me with a project that was being worked on and assign me to a specific task. For example, with the INTEGRA project, I worked with the identification, editing and proof reading of good practices and on project communications. Moreover, I developed a video material that was then published on the project website.

The third week of my internship I was able to work directly with Green Sofia, a project within SDA aiming at Sofia’s smart and green policies. I assisted with the project communications in the social media and helped with the filling and understanding of the Green European Capital Award candidature.

Concerning the SofiaLab programming, I have had the opportunity to attend and assist with event organization of focus groups, press conferences, trainings, including documentation, technical support, feedback and communications.

This experience is preparing me in a number of ways from office day-to-day activities, to working with deadlines, to gaining knowledge from hands on training. I have learned how a municipal office operates, and how to network with the different departments I've been exposed to. I've been able to apply the knowledge learned in university courses to real life problems and truly understand the programs and tools that aid in the professional world.

Thank you, SDA, for having me as an intern this summer. It has been a pleasure working with you and I hope to be able to cooperate with you again soon!